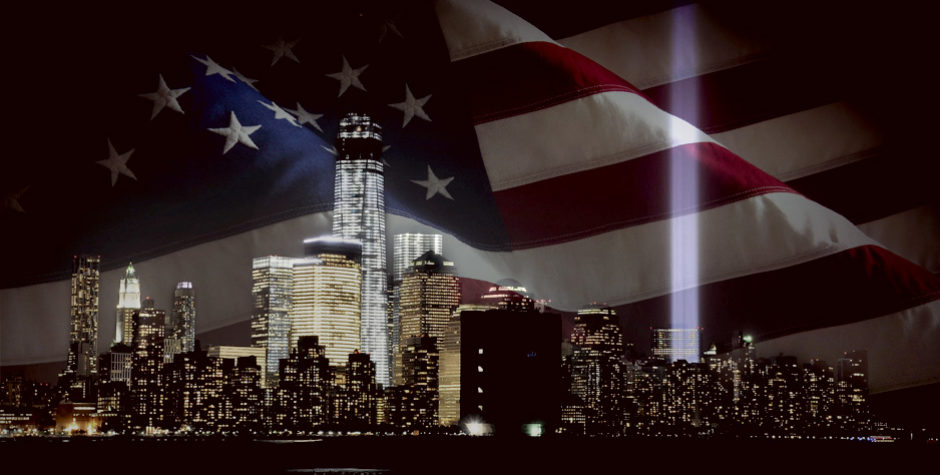 On this 17th anniversary, we pause and take a moment to remember 9/11.

Even after 17 years, the tragic events of September 11, 2001, are still seared in our nation’s collective memory. 9/11 shook America to its core.  On this date every year, it is impossible not to remember the events of that tragic day, where we were, what we were doing when we heard the news, and more.

Who could forget the pain, the suffering and the horror of what became the deadliest terrorist attack on U.S. soil? It was a watershed moment in American history.  Our lives, our political establishment, our current events, even national security can all be observed as to how it was before 9-11—and how it has been ever since.

That day we learned a lot about America – we learned that America is resilient. We saw first-hand the evil that exists in our world - the pure hatred for the United States and Americans, and for liberty in general. We also learned that our nation is stronger than evil.  We learned that America’s young men and women are willing to die for the country they believe in—and in the ensuing Global War on Terror, over 6,000 did.  That war is not over.  And the Gold Star families who lost those they love in battle, and the over 60,000 military personnel who have been wounded, know that the fight continues.  As do the countless service members who bear the scars of 9-11, and the war that followed, in their minds and hearts.

On this date, it is important to remember and honor the thousands of Americans who perished at the hands of evil on September 11th. It's also important to remember and honor those who gave their lives for others – the passengers who battled the terrorists and brought down the plane in a Pennsylvania field before it could reach Washington, the brave men and women who gave their lives at the Pentagon, and those who perished at Ground Zero in New York City.

America is a nation of hope and stronger because of 9/11. On this anniversary, we understand more than ever that freedom comes with a price. And, like the steel Cross that rose out of the ashes of the destruction at Ground Zero, the spirit of the American people continues to rise to new heights – no longer victimized by the fear, intimidation, and hate so evident on that clear September Tuesday in 2001.

America today continues to face grave challenges. At home and abroad. Seventeen years later, we know that there are those who remain dedicated to destroying our freedoms and our way of life. That is why it is so important to remain vigilant. We must rededicate our commitment to freedom and justice.  We must lay aside political and personal differences, as we so ably did on that first 9-11, and stand together in unity and love—as Americans.

Yes, there is still pain and suffering from that day seventeen years ago.  Some of it will never go away.  Yet we are grateful for the healing and hope that’s occurred in the years since 9/11, too.  And we still sing:

America!  America!  God shed his grace on thee.
And crown thy good with brotherhood.
From sea to shining sea.

The True Meaning of Thanksgiving

As we gather with family, or celebrate at a distance due to the ongoing pandemic, to take part in Thanksgiving, let us take a moment to reflect on this American holiday. Most people think of Pilgrims and Native Americans having a feast to celebrate the former’s first corn harvest. But it wasn’t...

JSL: ACLJ Announces Response to Attack on US History

President George Washington once called children the “future guardians of liberties of this country.” As our future guardians, it’s imperative that we make sure our children are receiving the best education possible. At a time when so many kids are stuck at home trying to learn online, and some...