The University That Swallowed a Sidewalk? | American Center for Law and Justice
Search  |  Logout  |  Login  |  Register 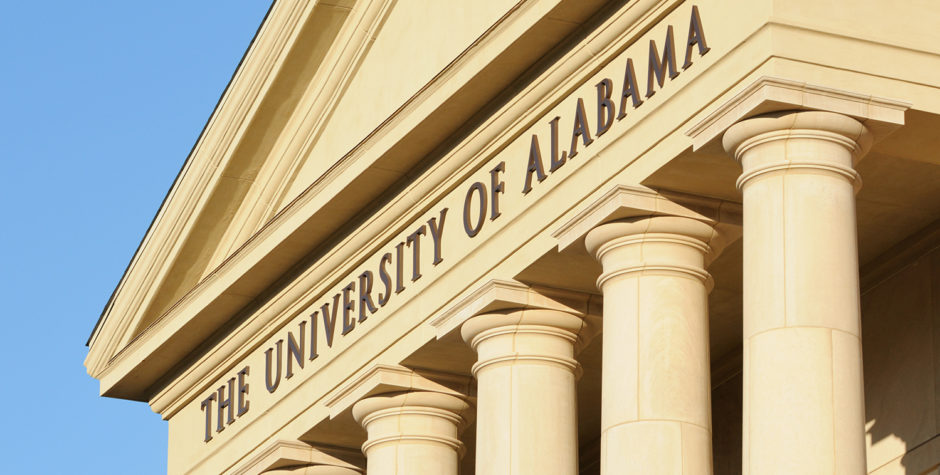 The University That Swallowed a Sidewalk?

The University That Swallowed a Sidewalk?

In the 1958 horror movie, "The Blob," a growing reddish blob from outer space devours everyone it touches. Echoing that film, a panel of judges of a federal appeals court ruled that the campus of the University of Alabama, home of the Crimson Tide, devours the speech rights of those on the sidewalks the campus touches. Here at the ACLJ, we have filed an amicus (friend-of-the-court) brief to fight this anti-constitutional blob.

First, let's cover some legal background. The First Amendment protects the right to free speech. But that right is not equally protected in all places. Obviously, you have a greater right to engage in leafletting or public protest in a park than inside a DMV office. Reflecting this difference, the Supreme Court uses "forum" analysis to differentiate between places that are more or less compatible with free speech.

At the top of the free speech ladder is so-called "traditional public forum" property, which consists of public streets, sidewalks, and parks. In such places, the First Amendment provides maximum protection, and restrictions on speech must comply with a demanding constitutional standard. For example, while excessive noise or obstruction of passage can be prohibited in such places, the government cannot ban picketing or street preaching altogether.

By contrast, in other, less protected speech fora (e.g., inside a classroom, or on the grounds of a jail), the government has considerably more flexibility to impose limits on speech. Of course, streets and sidewalks inside special enclaves – a military base, for example, or maybe a gated community – do not automatically get the same protected treatment as sidewalks and streets open to general public use. But the normal presumption is that if it's a public street, sidewalk, or park, it's a traditional public forum.

Which brings us to Tuscaloosa, Alabama, home of the University of Alabama. Rodney Keister, a street preacher, was delivering his message on sidewalks along streets running through the campus when university officials told him he had to stop preaching. After some back and forth, Keister, represented by our friend, attorney Nate Kellum at the Center for Religious Expression, ended up suing in federal court, asserting a First Amendment right to preach on public sidewalks. The federal district court rejected his constitutional claim, so Keister appealed to the U.S. Court of Appeals for the Eleventh Circuit. A three-judge panel of that court ruled, surprisingly, that the public streets and sidewalks in question were not "traditional public forum" property – because they ran through "the heart" of the campus. Hence, the university, like the cinematic blob monster, in effect absorbed the adjacent streets and sidewalks.

Like the heroes in "The Blob," Keister is not giving up the fight. He has filed a motion for rehearing en banc – a request that not just three judges, but all of the judges on the Eleventh Circuit rehear the case. Such a request is extraordinary, but in our view this is an extraordinary case. We at the ACLJ decided to weigh in to help Keister and his attorney.

On Feb. 20 we filed a friend-of-the-court brief supporting Keister's request for en banc rehearing. In our brief, we reminded the appeals court of the special place public streets and sidewalks have in First Amendment law:

One of the clearest aspects of the public forum doctrine under the First Amendment is the rule that public streets and sidewalks, as such, are quintessential public forum property

Moreover, we wrote, "the Supreme Court has repeatedly rejected the notion that the nature of the property adjacent to the streets and sidewalks can somehow negate the public forum status of those public ways."

As the [Supreme] Court explained,

“Traditional public forum property occupies a special position in terms of First Amendment protection and will not lose its historically recognized character for the reason that it abuts government property that has been dedicated to a use other than as a forum for public expression. Nor may the government transform the character of the property by the expedient of including it within the statutory definition of what might be considered a nonpublic forum parcel of property.”

Thus, we pointed out the panel's ruling is "badly out of step" with Supreme Court precedent. But that's not all. The panel said that what was crucial was that the streets and sidewalks in question ran through "the heart" of the campus. But what kind of test is this?

As we argue, consideration of "such factors yield a horribly unworkable and subjective test that will invite litigation and result in considerable uncertainty in the law." For example, would the same rule the panel applies to a college campus apply to a corporate headquarters? An arts complex? A large farm tract? Why not? And how can a speaker know how far the "heart" of a campus (or other complex) extends?

It is hard to imagine a more slippery, less predictable test. Yet attorneys and lower court judges are supposed to follow such a standard?

We're hoping the full Eleventh Circuit court of appeals sees the problem here and corrects course. If not, the "blob" will likely have an appetite to devour more free speech, in other public places. Watch out!