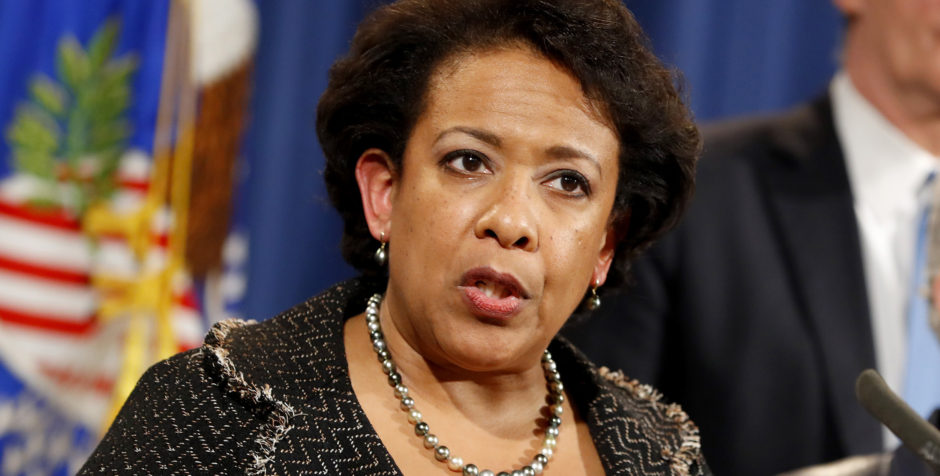 Earlier this week, the ACLJ filed suit against the Federal Bureau of Investigation (FBI) for failing to respond to the ACLJ’s Freedom of Information Act (FOIA) request as required by law.

The ACLJ issued its first FOIA request on this issue to the FBI in July 2016. The request seeks all records relating to Obama Attorney General Lynch’s clandestine meeting with President Clinton on a tarmac in Phoenix, Arizona, while the investigation into Hillary Clinton’s handling of classified information was in full swing – and just days before she was interviewed by the FBI.

Following her meeting with President Clinton, AG Lynch admitted during an interview with the press that it “cast a shadow over how this case may be perceived” and that she “certainly wouldn’t do it again.” Lynch dodged the question posed by the reporter, however, which inquired why Lynch did not simply ask the former President to leave the plane” given the clear conflict.

It is quite ironic that while AG Lynch admitted in that same interview that “it [would be] important to provide as much information as we can [on the Clinton investigation] so that people can have a full view . . . of how this case is going to be resolved,” the DOJ and the FBI have done everything possible to hide what really took place during that meeting. For example, of the more than 400 pages of documents produced by DOJ regarding the secret meeting with President Clinton, more than half contain redactions. Many of those redactions are to talking points memos prepared by DOJ officials to assist AG Lynch in responding to the media storm created in the wake of her meeting with President Clinton.

In addition, the FBI, under Comey’s leadership, refused to search for and/or conduct an adequate search for documents responsive to our FOIA request last year. In October 2016, more than two months after we issued our request asking for all documents relating to AG Lynch’s meeting, the FBI assured us that “[n]o records responsive to your request were located.”  The FBI’s assertion was recently proven to be false. Following the FBI’s response, ACLJ obtained documents from the DOJ through an identical FOIA request, which revealed that the FBI communicated with DOJ officials concerning Lynch’s meeting with President Clinton.

As we previously reported:

One with the subject line “FLAG” was correspondence between FBI officials (Richard Quinn, FBI Media/Investigative Publicity, and Michael Kortan) and DOJ officials concerning “flag[ing] a story . . . about a casual, unscheduled meeting between former president Bill Clinton and the AG.” The DOJ official instructs the FBI to “let me know if you get any questions about this” and provides “[o]ur talkers [DOJ talking points] on this”.

The documents also reveal that phone calls were exchanged between DOJ and FBI officials regarding a reporter’s inquiry into whether the FBI instructed members of the press not to take pictures on the tarmac during the meeting. As we revealed last month:

A DOJ email chain under the subject line, “FBI just called,” indicates that the “FBI . . . is looking for guidance” in responding to media inquiries about news reports that the FBI had prevented the press from taking pictures of the Clinton Lynch meeting. The discussion then went off email to several phone calls (of which we are not able to obtain records). An hour later, Carolyn Pokomy of the Office of the Attorney General stated, “I will let Rybicki know.” Jim Rybicki was the Chief of Staff and Senior Counselor to FBI Director Jim Comey.

The FBI – as a result of DOJ’s production - reluctantly re-opened our FOIA request. But, as has become customary for several government agencies in recent years, the FBI failed to respond to the request in the time period required by FOIA. So we’ve taken the FBI to federal court in Washington, D.C., to obtain the documents we are entitled to without further delay.

In the meantime, we have turned over all documents we received from the DOJ on this matter to the Senate Judiciary Committee which is conducting its own investigation.

You can review these documents, as well as a timeline on our website here. These documents reveal that (1) AG Lynch used a secret email alias to conduct official government business; (2) the DOJ – under the prior administration – colluded with the mainstream media to limit coverage of the Lynch/Clinton tarmac meeting; and (3) the DOJ seeks to keep the details of the meeting from the public through excessive and improper redactions in its FOIA productions.

We will not allow the FBI bureaucracy to continue the Comey-led FBI's deception. We will expose the truth about the surreptitious Clinton-Lynch meeting and we will press on in our legal fight to ensure that the subsequent cover-up is brought to light for the American people to see.

You can join our cause. Make your voice heard today.

Radio Recap – The IRS Scandal of the Century

Has the judge in the case of Lt. Gen. Michael Flynn, Judge Sullivan, made himself a party to the case, and will the full en banc panel of the D.C. Circuit Court of Appeals remove him from the case? On today’s Jay Sekulow Live , we discussed the latest developments in the Lt. Gen. Flynn case. The...