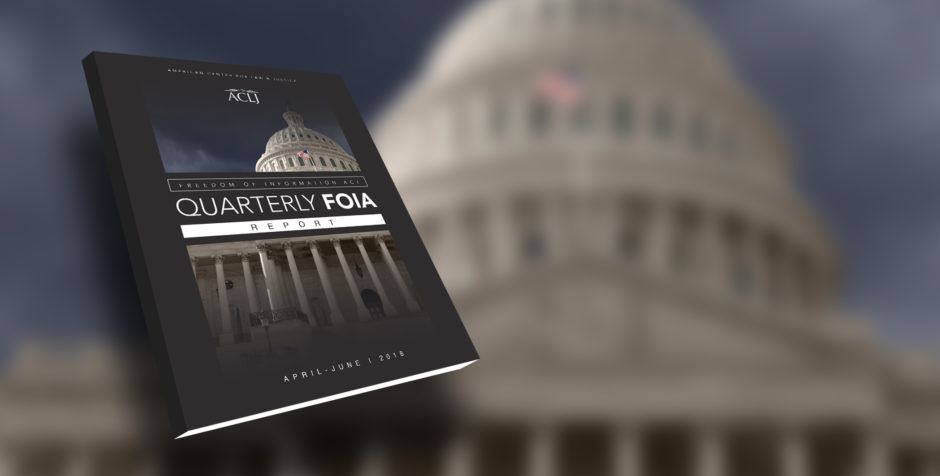 Just over two years ago, I mobilized a dedicated team of attorneys and staff to launch our Government Accountability Project.

This project aimed at shedding light on burgeoning corruption in the bureaucracy that controls our government agencies and implements our laws. We are fighting to hold this ever-expanding “Deep State” accountable to the American people.

Thanks to your support, our efforts have been a resounding success.

As part of this effort, we have issued more than fifty-one Freedom of Information Act (FOIA) requests.

The law requires government agencies to respond to these lawful requests. Yet, the bureaucracy fights tooth and nail to protect its secrets, often refusing to comply with our requests or the law. So, we have been forced to bring them to account – in court. To that end, we have filed eleven federal lawsuits against five different bureaucratic agencies. We are fighting every day to expose the truth.

Over the course of the last two years, the ACLJ has obtained and reviewed more than 14,000 pages of documents. We have exposed corruption, lawlessness, influence peddling, and deception in our government. We have ensured that numerous Deep State bureaucrats are no longer in positions of power.

We have dug into the Obama Administration’s funding of anti-Israel causes – including an attempt to unseat the government of Israel - exposed major corruption and collusion in key federal agencies, and revealed the “purposeful” deletion of an official State Department briefing video to hide when the Iran nuclear deal negotiations began.

The goal of our Government Accountability Project is clear: ensure the United States Government remains of the People, dedicated to the People, and run for the People. It should not just serve the interests of entrenched Washington elites, the ever-expanding bureaucratic Deep State, and corrupting special interest groups.

The ACLJ will deliver this Quarterly Report to Members of Congress, key congressional committees, and the general public to update and empower those with a voice to make a difference and hold the government accountable.

After a review of the report’s findings, I encourage the appropriate congressional committees to provide oversight, hold hearings, and take whatever corrective action is necessary, including new legislation. To that end, we have included specific recommendations for Congress based on our findings.

I also encourage you, the American people, to remain ever vigilant, as your voice makes a crucial difference.

Thank you for your continued support. Without you, the virus of deception would remain hidden. With your help, we will continue to expose the truth and defeat the Deep State.

Radio Recap – The IRS Scandal of the Century

Has the judge in the case of Lt. Gen. Michael Flynn, Judge Sullivan, made himself a party to the case, and will the full en banc panel of the D.C. Circuit Court of Appeals remove him from the case? On today’s Jay Sekulow Live , we discussed the latest developments in the Lt. Gen. Flynn case. The...