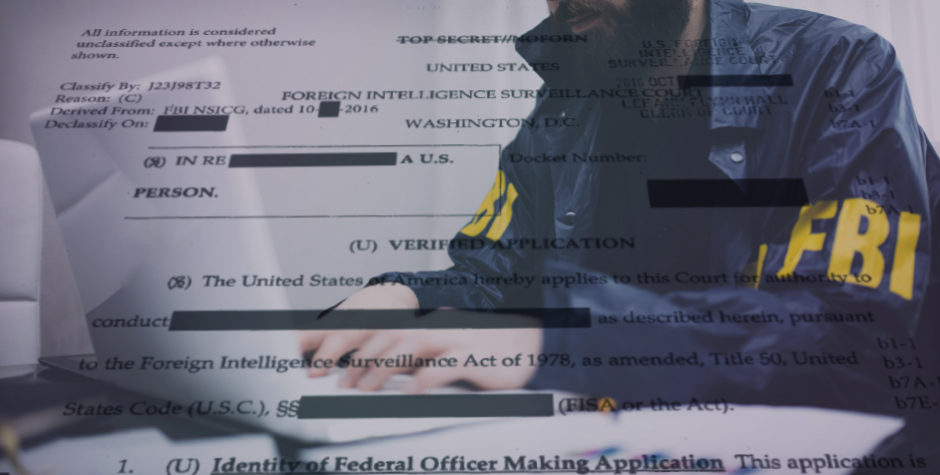 “I think there was spying.”

These words by the Attorney General should send shockwaves through America.

American citizens – and even possibly a political campaign – were spied on, and the only question is whether it was “adequately predicated.” In other words, was proper procedure followed, or was there rampant political bias and Deep State abuse of our legal system?

We’ve long warned of FISA (Foreign Intelligence Surveillance Act) abuses by the Deep State bureaucracy. We’ve been fully engaged in multiple federal court cases – uncovering numerous abuses and political bias at the top levels of the FBI, DOJ, and other senior officials from the Obama Administration.

Now there are two investigations into the spying on American citizens and potential politically biased abuse of power by the Deep State. An Inspector General’s report is due soon, and the Attorney General just announced that he is investigating the “spying” as well.

At the ACLJ, we’re urging a full and thorough investigation of these Deep State abuses. Take action with us.

Please encourage your friends to sign and donate by sharing this petition.
Latest in
Government Corruption

A politician has a connection with a foreign female spy. It sounds like a political thriller. But it’s not fiction. Rep. Eric Swalwell may have placed our national security at risk . The ACLJ has just taken direct action to shine a spotlight on Rep. Swalwell’s connection with a Chinese Communist...