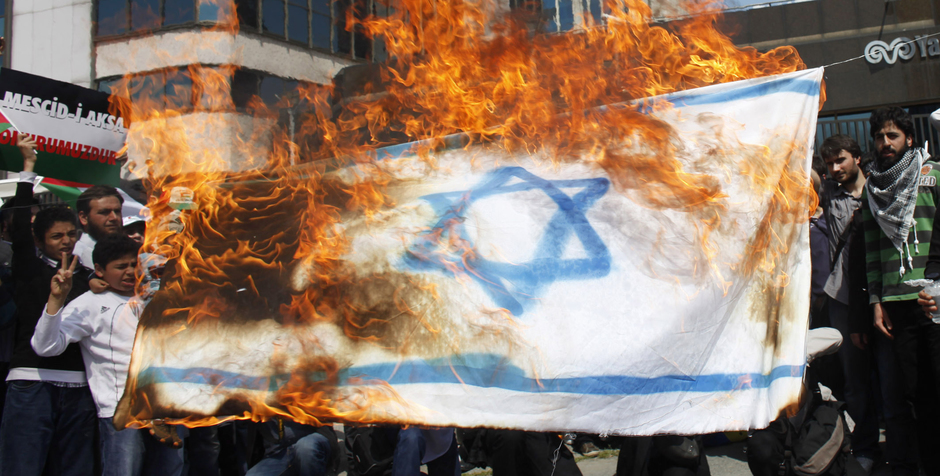 President Obama betrayed Israel in his final days in office.

The Obama Administration used the U.N. Security Council against Israel.

It was a renewed attempt to abandon Israel, slash its borders, leave it defenseless, and force our greatest ally in the Middle East to make dangerous concessions to terrorists before negotiations even begin.

Palestinian terrorists have launched over 300 attacks on Israelis – literally stabbing women and children in the back – murdering Israeli civilians and American citizens.

We must not force Israel into talks with terrorists.

We’re fighting to undo the devastating damage. We’re mobilizing our office in Jerusalem. We’re preparing critical legal letters, documents, and filings at the U.N., in Congress, and with the Trump Administration. Add your name today.

Petition to Defend Israel and Stop Forced Negotiations with Terrorists

To: President Trump, Members of Congress, and the U.N.

Don’t abandon our ally. Israel must not be forced to negotiate with a Palestinian Authority that empowers terrorists. Jerusalem should be united, not divided.

Over the last few years, you have probably seen some version of the following set of claims, often used during the height of a conflict to justify terrorist actions in order to make murder understandable, if not acceptable: Israel is an illegal occupier, practicing apartheid, and — as if that...

Setting the Record Straight and Defending Israel at the UN

We have just taken major action in defense of Israel’s interests through our international affiliate, the European Centre for Law and Justice (ECLJ) once again before the United Nations Human Rights Council (HRC), a body known for its anti-Israel bias . This time not only did we defend Israel, but...

President Biden Is Opening a "Palestinian" Consulate in Jerusalem

It seems as though everything the new Biden Administration is doing in the Middle East is dedicated to harming Israel: empowering a nuclear Iran; rolling back the historic achievements of the Abraham Accords; and rewarding the intransigent, corrupt leadership of those who seek to wipe Israel off...

Pres. Biden Is Rewarding Palestinians for Trying to Destroy Israel

The Biden Administration is doubling down on efforts to provide aid to the Palestinian Authority (PA) after a ceasefire from the conflict that began because Hamas – whose members receive funding from the PA – launched rockets at Israel for 11 days straight. Secretary of State Antony Blinken...