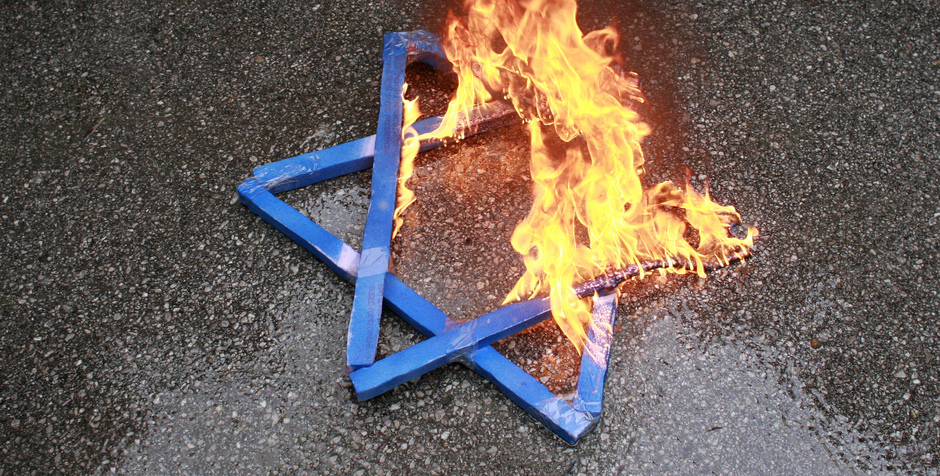 The ACLJ recently has undertaken the representation of Milan Chatterjee, a second year law student at UCLA who has taken a stand against the BDS movement and those who seek the destruction of the State of Israel.

As we’ve explained before, the BDS (Boycott, Divestment, and Sanctions) movement is in effect is a form of political and economic warfare. It originated as an effort of members of the Palestinian society toward the destruction of the Jewish State. The BDS movement has particularly targeted universities and university students nationwide.

For the past 5 months, Mr. Chatterjee, who has a stellar academic record, has been relentlessly harassed by the "Boycott, Divest, and Sanction Israel" movement; especially through the organization "Students for Justice in Palestine."

It all started when Mr. Chatterjee, who also serves as President of the Graduate Student Association (“GSA”) was requested by a member of the UCLA student organization Diversity Caucus for a funding request for a diversity event scheduled to take place on campus in early November 2015. According to its Constitution, the GSA “is part of the unincorporated association known as the Associated Students of UCLA but the GSA possesses its own rights to adopt its own rules and procedures, to set its terms of membership, and further to establish such relationships with the University of California, Los Angeles, as shall be beneficial to the interests of graduate students.”

It was clear from the early communications that the GSA was being asked to provide funding from its own budget as a form of sponsorship of the diversity event. Because the BDS movement has been rampant at UCLA, a member of Mr. Chatterjee’s cabinet had concerns about their involvement in the event, which would hurt the sentiments of the Jewish student body.

In communications regarding the funding, Mr. Chatterjee explained that the GSA leadership had adopted a “zero engagement/endorsement policy towards Divest from Israel or any related movement/organization” because “GSA—as an organization—doesn’t want to sponsor/engage in this cause.”

Additional communications between Mr. Chatterjee and the Diversity Caucus representative included Mr. Chatterjee’s funding stipulation: “The GSA Cabinet has adopted the following resolution: Under this resolution, the UCLA Graduate Student Association--as a governing body--will abstain from taking any stances or engaging in any discussion in regards to Israel-Palestine Politics.” Mr. Chatterjee further explained that the GSA Cabinet “does not want to co-program with Divest from Israel, as we believe we’ll be sponsoring a position that will alienate a substantial portion of our constituents. As I clarified to you over the phone, we also don’t want to co-program with any counter-organization to Divest from Israel, because that will alienate a significant portion of students, as well. GSA wants to remain neutral in Israel-Palestine politics, as described above.”

The fact that Mr. Chatterjee wanted to remain neutral regarding this contentious issue, outraged the anti-Israeli student organization “Students for Justice in Palestine” who in turn instigated the ACLU and Palestine Legal to intimidate and harass Mr. Chatterjee, by maliciously alleging that he engaged in “viewpoint discrimination.” Just last week, these BDS propelled groups tried unsuccessfully to have Mr. Chatterjee impeached as President of the GSA implying he was unfit to hold office.

Recently, Mr. Chatterjee received a letter, replete with accusations from the “Office of Equity, Diversity and Inclusion” at UCLA, notifying him that they have commenced an investigation as to whether Mr. Chatterjee is guilty of violations of University policies requiring that mandatory student fees be allocated in a viewpoint-neutral manner. The correspondence has a laundry list of bogus charges leveled at Mr. Chatterjee at the behest of “Students for Justice in Palestine.”

The University's Administration, having full notice of the harassment, defamation, and injustice taking place on its campus, has not only failed to intervene to protect the rights of Mr. Chatterjee, but is being used as a pawn of “Students for Justice in Palestine” to spread its anti-Semitic agenda.

The ACLJ has been involved in this situation for several months and has assembled its team of lawyers who are experienced in fighting the BDS movement and will vigorously represent Mr. Chatterjee to restore his good reputation that this anti-Israel movement is attempting to tarnish.