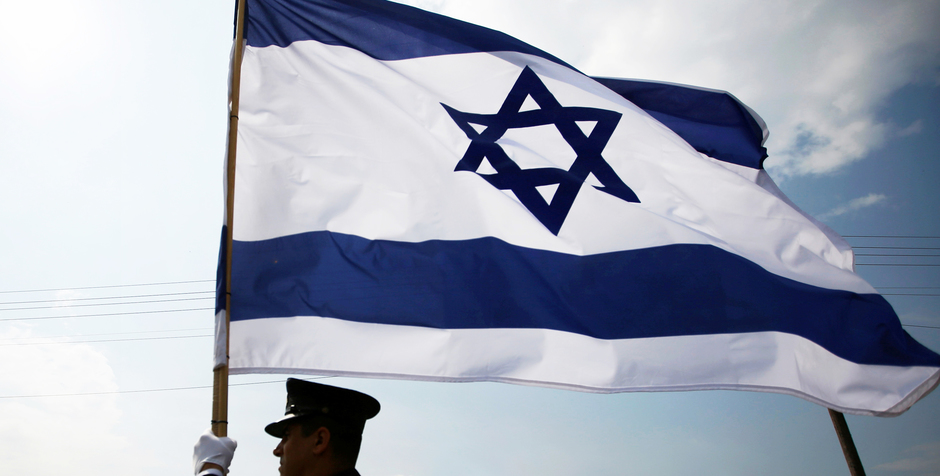 This past week, the United Nation's Economic and Social Commission for Western Asia (ESCWA), released a preposterous report declaring that Israel was an “apartheid state.” Further, it outrageously recommends bringing the State of Israel “to an end.”

The report, which the U.N. Secretary General has already asked to be taken down from its site (although the executive summary of the anti-Semitic report is still on the U.N.’s website), would be laughable if it was not so dangerous.

By way of background, the ESCWA is composed of 18 Arab states, the majority of which do not recognize the State of Israel's existence – a fact which, if logic played any role in these proceedings would cut against the ability of Israel to even be an apartheid state.

Until today the Commission was headed by Rima Khalaf of Jordan, a well-known anti-Semite who has, among other things, compared the State of Israel to Nazi Germany. Khalaf actually stepped down Friday after the report was widely criticized, but not before claiming that Israel was committing “war crimes against humanity.”

But what makes this instance of anti-Israel sentiment so disastrous is the fact that the report was actually co-written by Richard Falk, a disgraced 9/11 truther and conspiracy theorist, a man who blamed the Boston Marathon Bombing on "American global interests" and "Tel Aviv." In fact, former U.N. Secretary General Ban Ki-Moon once said that Falk is a man whose writing  “undermines the credibility and work of the United Nations.”

Perhaps this is good news: if the anti-Israel bodies at the U.N. are turning to Richard Falk to make their case – a man so open and extreme in his bias that when he was serving as the U.N. Special Rapporteur for Palestine, the Palestinian Authority tried to have him removed on the grounds that he was a partisan of the terrorist group Hamas – then perhaps it is finally becoming clear that anti-Israel bias is unacceptable in mainstream society. But it is also possible that people may come across this report without knowing who ESCWA, or Falk, really are, and end up giving undeserved weight to its falsehoods and misstatements. Even worse, Israel’s enemies will use this report published under the auspices of the United Nations to target Israel legally and further attempts to delegitimize Israel on the world’s stage.

To that end we will be filing a full rebuttal of this report in the near future at the U.N. In the meantime though, here a few examples of the kinds of mistakes the report makes throughout its entirety.

The authors are simply absurd in their cherry-picking of history. For example: The report mentions that the General Assembly passed resolution 181(II) recommending the Mandate territory’s partition into a “Jewish State” and an “Arab State” yet fails to mention that the Israelis agreed to this plan, and the Palestinians did not. Next the report makes the claims that “in the 1948 war, however, the Zionist movement took over territory far beyond what had been assigned to the Jewish State under resolution 181(II)." The authors somehow neglect to mention that the “war” was a vicious attack by a group of Arab armies whose stated goal was to completely obliterate the State of Israel.

Continuing its march through revisionist history, the reporters write, “As a result of the 1967 Arab-Israeli war, both territories came under Israeli military occupation and rule, yet were not formally annexed.” What is odd, of course, is the failure to mention that this was a defensive war, in which Israel took back land that Jordan and Egypt, two of the armies that illegally invaded in 1947, had been squatting on. The report also manages to talk about the segregating effect of checkpoints, gates, and walls without once, not even once, mentioning Palestinian terror attacks and the need for Israeli security.

Second, the report misstates the law as it pertains to occupation.

The League of Nations Mandate explicitly stated that the Mandatory Power was responsible for putting into effect the Balfour Declaration in favor of a Jewish national home in Palestine, and recognized that Jews have the right to settle anywhere therein.  When the UN was formed, it explicitly adopted this commitment, and after the Arabs rejected the Partition plan, the Mandate lines were left unrevised. Israel was attacked and invaded in 1948, and Jordan and Egypt illegally occupied parts of Mandatory Palestine. In 1967, Israel recaptured those territories in a clearly defensive war thereby regaining sovereignty over land it had rights to.

One cannot occupy one's own land, and at worst, the territories in question are disputed, and territory cannot be considered occupied if there was no clear sovereign beforehand. (Neither Jordan, nor Egypt, nor Palestine was ever in legal possession of the land.)

Third, and perhaps most importantly, the entire report is founded on false and silly assumptions.

The essential argument of the entire report, repeated ad nauseum, is the claim that Israel is an apartheid state because it defines itself as Jewish. Simply and definitively put, there is nothing about that fact which remotely relates to apartheid, and the prima facie veracity of that statement can be established by virtue of the fact that literally 17 out of the 18 member states of ESCWA defines themselves as either Arab states, Muslim states, or both. The report claims that Israel's laws somehow create "a nested system of covert racism that is invisible to the casual observer" i.e. so invisible that only a well-known conspiracy theorist like Richard Falk can see it. The truth is that in terms of legislation, Israel does not discriminate in any way against non-Jews, or any other class of persons.

Only one country in the Middle East fosters religious freedom and tolerance, and that is Israel, which protects religious freedom for all and officially recognizes different religions. Arabic is an official language and on equal footing with Hebrew. Israel holds free and fair elections, with legal opposition parties and full minority participation. Israel protects women’s rights and civil rights for all, including the rights to free speech and assembly, fair and open trials, free uncensored media, free artistic and academic expression, and free entry of foreign arts, books, and press.

Of course the report mentions none of this, because it was co-written by an anti-Semite for a group that denies Israel's right to exist.

We’re taking direct action to fight back. ACLJ Chief Counsel Jay Sekulow is writing his next book on the legal, theological, historical, and archaeological arguments for Israel’s existence as a Jewish State. We are taking a full team to the United Nations later this month to rebut these absurd and false arguments against Israel. And we’re preparing to submit legal documents at the U.N. to combat this absurd report.

We will continue to stand with Israel.