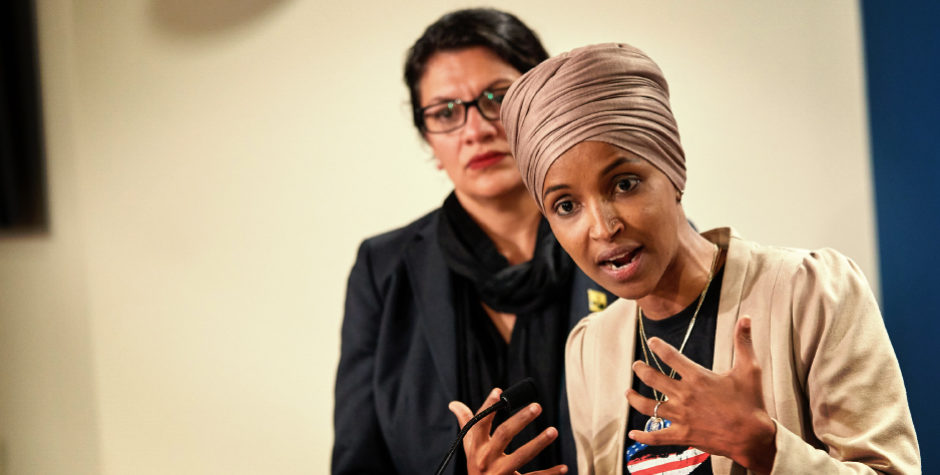 What You Need to Know About Efforts to Delegitimize Israel

What You Need to Know About Efforts to Delegitimize Israel

Jordan Sekulow pointed out the baseless racial smear by Rachel Maddow of Steven Menashi who has been nominated by President Trump to Second Circuit Court of Appeals.  This fourteen-minute rant by Maddow on MSNBC included condemnation of Menashi merely because of his academic defense of the government structure and history of the State of Israel.

This happened in a week when Representatives Rashida Tlaib (D-MI) and Ilhan Omar (D-MN) were denied entry into Israel because of their support of the Boycott, Divestment, Sanctions (BDS) movement, a movement that is unapologetically anti-Israel and anti-Semitic.  The trip of Reps. Omar and Tlaib was sponsored by Mitfah, a Palestinian organization with ties to terrorism.  Mitfah is infamous for its anti-Semitic conspiracy theories, for mocking the Holocaust, posting neo-Nazi material on its website, and its championing of the BDS movement.  The true colors of Rep. Tlaib were evident when Israel reversed its decision to block the congresswoman’s visit and agreed to allow her to visit her elderly grandmother in the West Bank—and Rep. Tlaib declined to make the visit.

It seems there is a nexus between many in the media, some members of Congress, leaders in the BDS movement, left-leaning university professors, and various Islamic organizations.  They unite in their attacks on Israel and use anti-Semitic tropes with seeming impunity.  They remain reluctant to condemn even the most heinous actions of groups like Hamas and Hezbollah.

In a dramatic example of selective indignation and duplicity, people like Maddow, Tlaib, and Omar often accuse Israel of violating human rights and running an apartheid state and justify their support of BDS; while at the same time, for example, they are silent regarding the vile treatment of those in the LGBTQ community in the Palestinian territories—something that would be unthinkable in Israel.  They do not criticize Hamas when they launch attacks on innocent civilians in Israel.  They seem to never condemn the Palestinian Authority’s ongoing practice of “pay to slay,” where they provide financial rewards to the families of suicide attackers in Israel and stipends to those in Israeli jails for attacking Jews.

Recently Rep. Omar spoke at a gathering sponsored by Islamic Relief, a charity organization believed to have deep ties to groups that advocate terrorism against Israel. Islamic Relief has come under congressional investigation for what lawmakers have described as its efforts to provide aid to terrorist organizations such as Hamas and the Muslim Brotherhood. The charity has been banned by some countries as a result of these ties. But Rep. Omar's popularity is growing on the anti-Israel Left; and she is translating her popularity and rhetoric into dollars.

Representative Omar has been a keynote speaker at fundraising events for the Council on American-Islamic Relations (CAIR). CAIR, a Muslim advocacy group known for its anti-Israel positions, was named by the U.S. government as part of a network of groups known to be supporting Hamas. CAIR has been cited by the Anti-Defamation League (ADL) for using its network of supporters to promote an "anti-Israel agenda."  CAIR joined Rachel Maddow in demanding that the nomination of Steven Menashi be withdrawn.

CAIR was implicated in the trial involving the Holy Land Foundation, named as an unindicted co-conspirator.  Between 1995 and 2001, the foundation delivered millions of dollars to support Hamas – a recognized terrorist organization – in the West Bank and Gaza. The government charges that the foundation was a vital member of an international network of organizations that finances Hamas activities. Furthermore, the government charges that the Foundation and the individual defendants provided financial support to the families of Hamas terrorists, detainees, and activists, as reported by The National Review.

"CAIR’s anti-Israel agenda dates back to its founding by leaders of the Islamic Association for Palestine (IAP), a Hamas affiliated anti-Semitic propaganda organization," according to the ADL. "While CAIR has denounced specific acts of terrorism in the U.S. and abroad, for many years it refused to unequivocally condemn Palestinian terror organizations and Hezbollah by name, which the U.S. and international community have condemned and isolated."  The United Arab Emirates has listed CAIR as one of scores of terrorist organizations, along with the Taliban, al-Qaeda, and ISIS.

Radical Islamists, and their sympathizers in the United States, often cleverly use the U.S. Constitution and U.S. statutes to defend their stances and activities that are always anti-Israel and often anti-American—even as they enjoy the freedom and protections afforded them in the United States.  For example, Hassan Shibly, an attorney and leader in CAIR, has said, “My main talking point is that Islamophobia is one of the biggest threats this country faces because it’s the toll that’s been used to undermine freedom of religion, civil rights, and justice in America to promote conflict overseas.”  Thus, if one criticizes Representatives Omar and Tlaib, or Hassan Shibly, they are accused of anti-Muslim bias.  The use of labels, such as Islamophobia, racism, xenophobia, etc. are often used to shut down criticism, deflect honest questions and end serious debate.  People like Representatives Omar and Tlaib, and Mr. Shibly, use this tactic often.

CAIR’s mission statement belies its true purpose, according to The Investigative Project on Terrorism: “To enhance understanding of Islam, encourage dialogue, protect civil liberties, empower American Muslims, and build coalitions that promote justice and mutual understanding.”  But The Investigative Project on Terrorism begs to differ, stating, “[I]t seems that its primary goals are to silence and de-legitimize its critics and redefine what it means to be a moderate Muslim.  And when it comes to U.S. efforts to crack down on terrorists and their financiers, CAIR takes an almost visceral stand in opposition.”

Freedom of Religion is foundational to our constitutional republic and the core values of America.  This absolutely includes the Muslim faith.  However, when any religion and its adherents use religion to undermine laws, promote violence (even tacitly), suppress free speech, or support terrorism—it is wrong, dangerous and a subterfuge that twists religion to cover its own warped worldview.  And decent people of all religions must call it out for what it is.

The United States supports the State of Israel not merely because it is a Jewish state.  We support Israel because it is the only democracy in the Middle East and is a key ally in the fight against terrorism.  The intelligence sharing between the United States and Israel is vital to our own national security.  We support Israel because of, contrary to what one hears in the media, Israel’s support of basic human rights and the rule of law parallels that of the United States.  It is a strategic partnership, for which we need not apologize.