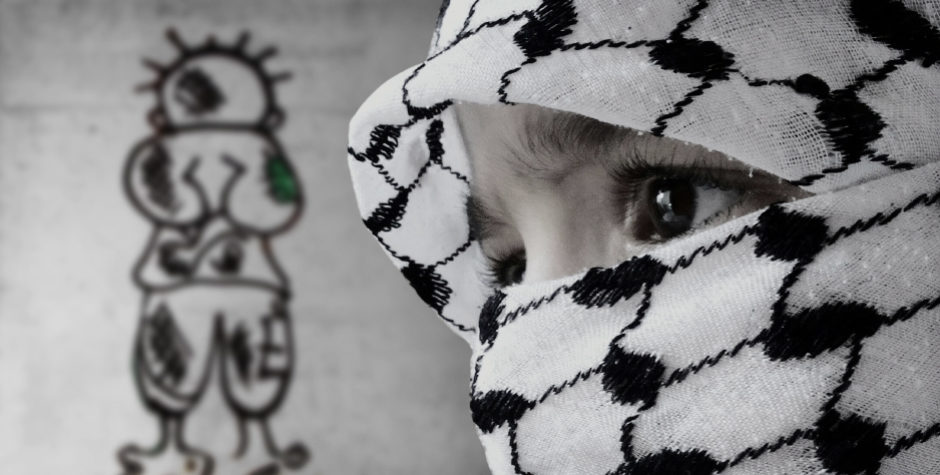 A cartoon character named Handala, an impoverished looking street kid (see illustration) is considered by many Palestinians to be the mascot of their cause. This reflects the Palestinians’ perception of themselves as economically deprived.  This has some grounding in reality. Although Palestinian society has its well-heeled elites, many Arab residents of the Gaza Strip and Judea-Samaria live in economic hardship with inadequate government services.

It’s hard to argue with the notion that, at least to some extent, this poverty fuels the fires of hatred for Israel, which according to the Palestinian narrative, bears the blame for all Palestinian woes. This hatred often finds expression in acts of terrorism and violence.

Here lies the logic of Phase 1 of the White House Peace plan: alleviate the economic hardship, improve the living conditions of the Palestinians and one will dampen the inclination towards violence. In so doing, one will create conditions conducive to peace-making on a political level. There is evidence that this approach can work. One need only compare between the levels of violence emanating from the Gaza Strip as opposed to Judea-Samaria. The Palestinian Autonomous areas in Judea-Samaria have an unemployment rate of around 18%, while in Gaza, that figure is over 50%. The latter, where the economic situation is considerably worse, is a source of far more violence and agitation than its counterpart.

The approach whereby Palestinian economic development could advance the interests of peace was frequently touted by, among others, the late Israeli President, Shimon Peres, and was embraced by Israelis and Palestinians in the 1994 Paris Protocol (part of the Oslo Agreements) which viewed the economic domain as a cornerstone for peace as well as in the “Peace Valley Initiative” of 2007 which was subscribed to by the Palestinian Authority, Israel, Jordan, Japan, Turkey, Germany, and others.

The White House Plan takes this idea to a whole new level, aiming to inject a whopping $50 Billion of investment into the Palestinian economy over a ten-year period, the object being a radical transformation along the lines of the post-World War II Marshall Plan for the reconstruction of Europe. The plan is multi-faceted and includes, among other things, programs for institution building, private sector growth, improving governance, workforce development, healthcare, education, infrastructure, and water management.

What sets this plan apart, other than its sheer magnitude, is the unprecedented buy-in by powerful Middle-East players such as Saudi Arabia, the United Arab Emirates, Egypt, Jordan, and Morocco, who, along with other countries, have all committed to attending this week’s Bahrain Workshop where the plan is due to be presented.

It has been said of the Palestinian leadership that they “never miss the opportunity to miss an opportunity”. True to form, the Palestinian Authority is boycotting the Bahrain event, calling the plan an attempt to buy them off, and arranging protests. However, there are signs that the Palestinian populace and the business community, in particular, are less enthusiastic about rebuffing what President Trump has termed “The Deal of the Century”. Apparently, caving to pressure from within, Palestinian Authority President Mahmoud Abbas has, for the first time in a long while, signaled his readiness to return to negotiations with Israel.

It also remains to be seen how the plan will be received on the Israeli side. The plan’s outline includes expectations that Israel will lift restrictions on movement of persons and goods which it has deemed necessary for the prevention of terror attacks. This will be difficult since experience has shown that steps towards peace have always brought a concomitant spike in terror activity by those bent on derailing the process.

It’s too early to say whether the White House Plan can indeed bring peace to the Middle East. The crux of the plan, namely the political settlement, is yet to be revealed. However, this initiative is the most significant attempt in decades to break the Palestinian – Israeli deadlock.