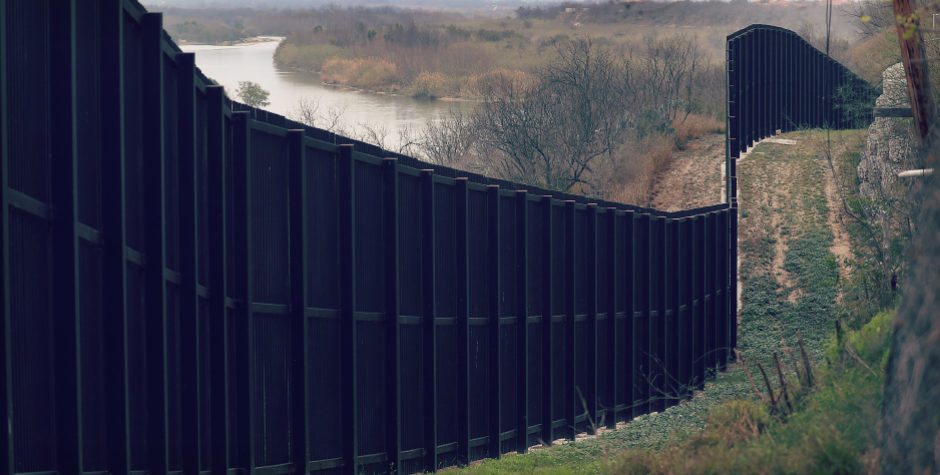 Defending Our Border While Congress Does Nothing

Defending Our Border While Congress Does Nothing

For months the ACLJ, provoked by the fact that illegal migrants from Central America have continued to overwhelm federal Border Agents, has observed that there is a crisis at our southern border that calls for a comprehensive solution including comprehensive immigration reform.

Because Congress has failed to do its job by reforming our outdated and much abused immigration and asylum system, migrants who are frequently preyed upon by drug cartels and human smugglers have incentives to stream across our porous southern border.

That includes the reported importation of enough fentanyl each year to kill each and every American twice.

We have undeniably reached meltdown status. This migrant and contraband crisis calls for immediate action.

Jeh Johnson, Secretary of the Department of Homeland Security under President Obama stated on Monday that “By any measure 4,000 apprehensions on our southern border in one day, 100,000 in a month, is a crisis.”

Brandon Judd, Border Patrol Union President observed that: “‘This is the worst crisis’ in the agency’s history.”

At the same time Mexico reports that the mother of all caravans is on its way with an additional 20,000 illegal immigrants pushing north.

In the face of this crisis, President Trump has offered proactive solutions including: a proposed $5.7 billion for a steel barrier, the hiring of additional border patrol agents and law enforcement personnel working for Immigration and Customs Enforcement, more money for detention beds, and for technology to better equip Customs and Border Protection “to deter and detect more contraband.” But faced with continued congressional intransigence, President Trump declared a national emergency.

Beyond Congress’s unwise effort to block the President’s National Emergency Declaration on Border Security in order to stem this tide, the quintessential question becomes: what are Speaker Nancy Pelosi, Senate Minority Leader Chuck Schumer, and other left-wingers prepared to do as the number of illegal immigrants invading our border is predicted to reach 1 million this year?

The answer is clear: rather than come up with a solution to the fact that drugs and migrants are overpowering the system, they are prepared to do absolutely nothing.

Rather than deal with the perverse incentives created by our current asylum and immigration system and the inadequacies in our border security approach which fuel this crisis, left-wingers are prepared to support the Green New Deal which is projected to cost the American people 9 trillion dollars, and their jobs, without really dealing with so-called climate change.

Leftists essentially are quite willing to deal with non-existent problems and destroy American jobs but remain stubbornly unwilling to solve the border crisis with either innovative solutions of their own or approval of the small amount of funds—less than 1 percent of the 2019 budget—necessary to protect our border.  In sum, leftists prefer to fiddle while American border communities burn with outrage about the humanitarian, drug, and national security crisis they experience each and every day.

This is a moral outrage that calls for an organic solution from the American people. It is time for the American people to act and demand that Congress do its job by reining in our asylum laws and judges, and provide the necessary funds to keep America safe.

Nothing less will do.