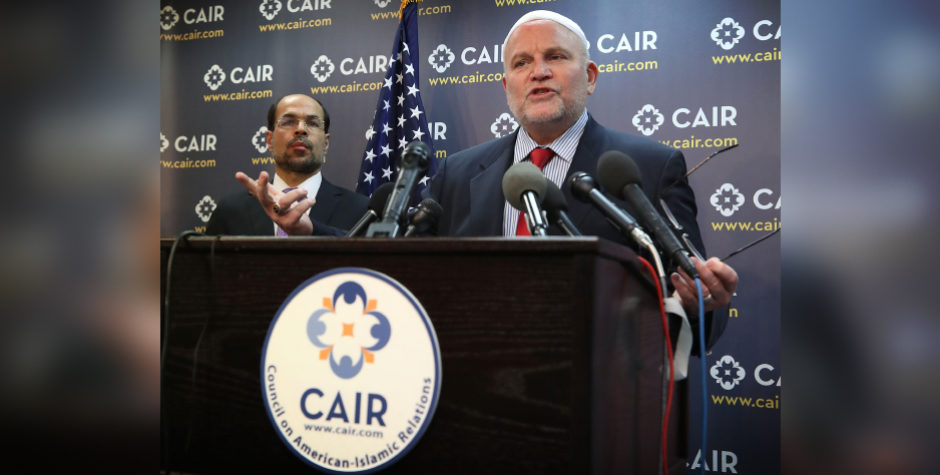 Does Protecting the Homeland Violate the Constitution?

Does Protecting the Homeland Violate the Constitution?

A federal judge on September 4th ruled that a federal government watchlist designed to protect the United States and its citizens is unconstitutional. The Terror Screening Database (TSDB) compiles the names of people who are “known or suspected terrorists,” and the judge decreed that such a list violates the rights of the people on that list who are American citizens or permanent lawful residents. Never mind that of the 4,600 Americans on the list, most of them actually do have links to terror or are terrorists themselves. There are approximately 1.2 million people on the list which is kept by the FBI’s Terrorist Screening Center.

The lawsuit was brought by the Council on American-Islamic Relations (CAIR), a group that is itself an unindicted co-conspirator in a terrorism-related case. Lawyers for CAIR contended in court that such a list violates the due process rights of the people on the list, presenting stories of individuals being harassed or detained and made the subjects of increased security.

This watchlist should not be confused with the “No Fly List,” which is separate and a subset of the larger watchlist in question. The No-Fly List prevents people from boarding planes in the United States or flying in the airspace of the USA. Not surprisingly, in 2014 a judge in Oregon ruled that the government’s action to bar Americans on that list from boarding planes was also unconstitutional. The government overhauled its system of redress to allow people placed on that list in error to have their names removed expeditiously and that legal issue was put to rest.

However, Judge Anthony J. Trenga raised similar concerns about the TSDB that were voiced in the 2014 legal objections to the No-Fly List. He wrote, “While inclusion in the TSDB does not connote a total ban on international travel in the same way that inclusion on the No-Fly List does, the wide-ranging consequences of an individual’s watchlist status render it more closely analogous to the No-Fly List than to the types of regulations that courts have found to be reasonable regulations that still facilitated access and use of means of travel.” Granting a summary judgement to the plaintiffs, Judge Trenga did not offer a remedy, but ordered the parties involved to present legal briefs in 30 days as to how to resolve the issue.

All of this follows a letter earlier this summer sent to Secretary of State Pompeo by Reps. Ilhan Omar (D-Minn.) and Rashida Tlaib (D-Mich.), along with nine other House Democrats, demanding to know how, and with whom, the watchlist is shared. The list is shared not only with various law enforcement agencies—but is also shared with other nations with whom we have both formal and informal security arrangements. They wrote, “In our oversight role as Members of Congress, we are entitled to information as to which countries receive this sensitive and classified information about American citizens, many of whom have never been charged, arrested, or convicted of a crime.”

The Associated Press reports that the attorney for the CAIR, Gadeir Abbas, called the ruling last Wednesday a victory. He said he will be asking the judge to severely curtail how the government compiles and uses the list. He argued in court that the list is worthless in terms of preventing terrorism. On the other hand, the FBI’s lawyers contended in court that the inconveniences suffered by the plaintiffs pale in comparison to the government’s interest in combatting terrorism.

The Council on American-Islamic Relations celebrated the ruling as a complete victory. In a statement, Nihad Awad, CAIR’s executive director, said the organization’s “legal team has finally brought to an end the secretive watchlist, which is effectively a Muslim registry created in the wake of the widespread Islamophobia of the early 2000s.”

However, CAIR’s accusation that the watchlist is a Muslim registry is grossly misleading and inaccurate. A Muslim registry would require that Muslims “register” and/or be placed on the list. The watchlist is merely reflective of reality: most of the people on the list happen to be Muslim because over the last eighteen years most terrorists, and those supporting terror organizations, happen to be Muslim. The influence of radical Islam is what brought about the events of 9/11 and the multitude of terror attacks since then. Not all Muslims are terrorists. In fact, few are. However, most of the individuals on the list, and somehow connected to terrorism, are in fact Muslim. The Department of Homeland Security, the FBI, and other law enforcement agencies are not singling out Muslims. They are seeking to identify and thwart the efforts of terrorists. They have no control over the fact that most people on the list are Muslim.

True to form, CAIR, which lauds itself as a civil rights organization, deflects criticism—and their own shadowy past—by claiming to be victims of Islamophobia. The use of labels like this is frequently used to simply deflect negative critique, stifle honest questions, and shut down conversation and debate.

CAIR was implicated in the trial involving the Holy Land Foundation, named as an unindicted co-conspirator. Between 1995 and 2001, the foundation delivered millions of dollars to support Hamas – a recognized terrorist organization – in the West Bank and Gaza. The government charges that the foundation was a vital member of an international network of organizations that finances Hamas activities. Furthermore, the government charges that the Foundation and the individual defendants provided financial support to the families of Hamas terrorists, detainees, and activists, as reported by The National Review.

According to the Anti-Defamation League (ADL), "While CAIR has denounced specific acts of terrorism in the U.S. and abroad, for many years it refused to unequivocally condemn Palestinian terror organizations and Hezbollah by name, which the U.S. and international community have condemned and isolated." The United Arab Emirates has listed CAIR as one of many terrorist organizations, along with the Taliban, al-Qaeda, and ISIS.

Radical Islamists, and their sympathizers in the United States, often cleverly use the U.S. Constitution and U.S. statutes to defend their stances and activities that are always anti-Israel and often anti-American—even as they enjoy the freedom and protections afforded them in the United States. For example, Hassan Shibly, an attorney and leader in CAIR, has said, “My main talking point is that Islamophobia is one of the biggest threats this country faces because it’s the toll that’s been used to undermine freedom of religion, civil rights, and justice in America to promote conflict overseas.” Thus, if one criticizes Representatives Omar and Tlaib, or Hassan Shibly, they are accused of anti-Muslim bias. If law enforcement seeks to defend the U.S. Homeland and protect its citizens and visitors, they are guilty of bias and of establishing a “Muslim registry.”

This week we will solemnly commemorate the anniversary of the attacks of September 11, 2001 and remember the thousands who died. Everyone who travels is inconvenienced—and often frustrated—by the security measures in place. They can be annoying and exasperating. No one likes what we all have to go through to simply get on a plane. This is even more so if one is inadvertently placed on a watchlist. But the world changed after 9/11. If one is mistakenly placed on the No-Fly List or the terror watchlist, there is a process by which their names can be removed. But for a judge to rule the entire list, and the processes by which the government tries to protect people, as unconstitutional is naïve and should be of concern to all Americans, both Muslims and non-Muslims.