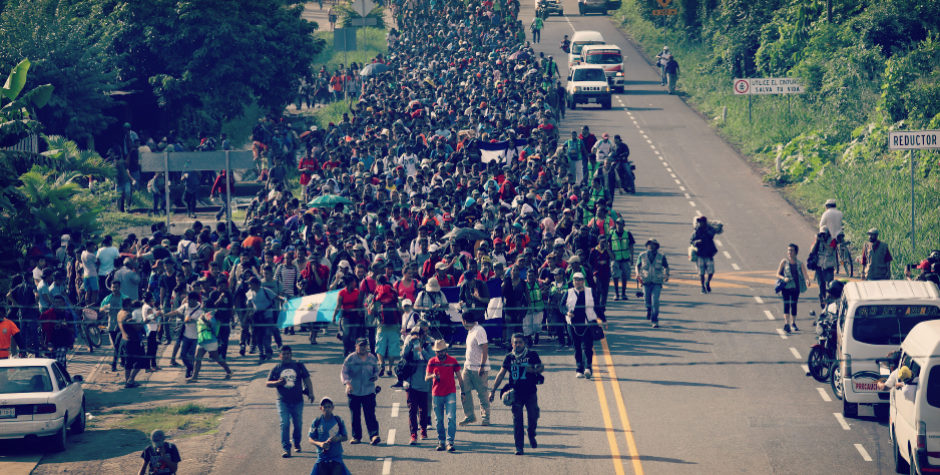 The Crisis on our Southern Border Grows

The Crisis on our Southern Border Grows

The truth can be a terrible inconvenience.  For two years the Left has claimed that there is no crisis, no emergency, at the southern border.  But now those words are beginning to haunt them.  Even former Obama Administration officials, such as former Department of Homeland Security (DHS) Secretary Jeh Johnson, state unequivocally there is a major crisis there.

It is obvious that the President’s declaration of a National Emergency is just that—an emergency!  With thousands of families, many with small children, having no place to go because government shelters are overflowing and churches and other charities are also full to overflowing, with the flow of illegal drugs increasing, with human traffickers taking advantage of open border lands and a thinly-stretched Border Patrol—the southern border appears to be in meltdown mode.

Many of the people fleeing Central America and coming to the U.S. border are true victims.  Frequently the women in these groups become victims of assault along the way.  Now that the ability to process and care for these people is overloaded and thus failing, these people are re-victimized by the unwillingness of the American Congress to address the matter and fix this problem.  This is a true moral issue.

Last year President Trump tried to solve the issue.  He offered the following:

Provisional status would be granted for three years to current Deferred Action for Childhood Arrivals (DACA) recipients, covering some 700,000 immigrants brought here as children by their parents.  This status would give them access to work permits, social security numbers and protection from deportation.

Even before the President’s compromise was offered, Democrats were saying “NO” to this deal, “no” to whatever he was offering.  Senate Minority Leader Chuck Schumer liked the compromise but backed away when his political base objected to any compromise with the Trump Administration.  Never mind that it included things they wanted for years, or that taking care of both border security and the people who desperately want to come to America was the right thing to do.

The political gamesmanship by the Left in our country over border security is inexcusable.  Many Democrats, including those hoping to be President, do not want to solve this issue, including comprehensive immigration reform, because if they resolve the matter, they lose one of their political tools and talking points.  It belies the compassion they claim to have on those seeking entry into our country.  Why would they not want more legal ports of entry and more personnel to man them in order to compassionately welcome those seeking to come here?  Why would they not do everything in their power to stop human trafficking and drug smuggling?

We need comprehensive immigration reform, an expanded border wall to stop human trafficking and funnel people to established ports of entry, and a compassionate response to this crisis which includes additional immigration judges to expedite those making asylum requests.  We also need Congress to finally address the millions of illegal immigrants already here, offering legal status and a way to become open contributing members of American society.

The issues at the border have reached a point of extreme crisis.  The time to fix this is now.  The American people need to rise up – people of all political stripes and parties – and demand that Congress address this issue now.  The United States has the resources to both secure the border and to care for those seeking entry in an orderly and compassionate way.  It is inexcusable for our elected representatives to ignore or postpone the issue any longer.  Enough is enough.