Was It a Campaign Vote or a Real Vote? – Time for the Senate to Act on ObamaCare | American Center for Law and Justice
Search  |  Logout  |  Login  |  Register 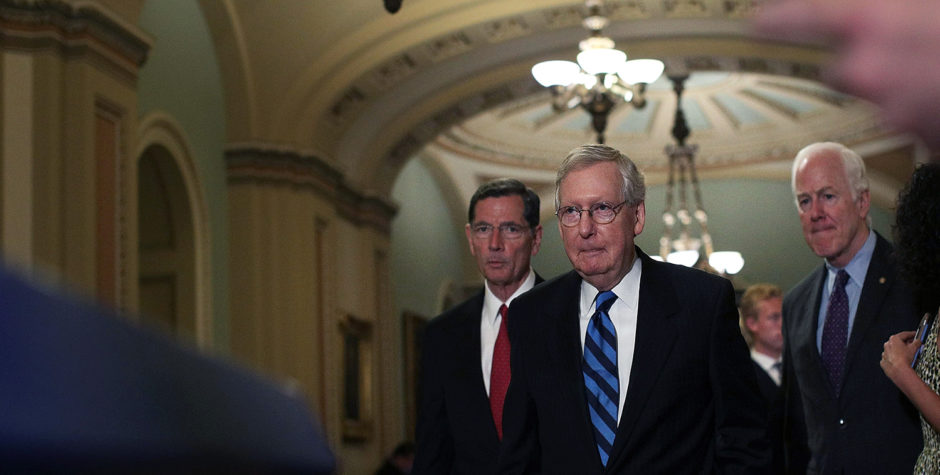 Was It a Campaign Vote or a Real Vote? – Time for the Senate to Act on ObamaCare

Time for the Senate to Act on ObamaCare

Against the backdrop of exploding insurance premiums and vanishing options for healthcare, it is time for the U.S. Senate to deliver on the promises its members have been making to voters for more than seven years.

For multiple election cycles in a row, a majority of the U.S. Senate has campaigned on a promise to provide relief from the onerous mandates, taxes, and regulations of pro-abortion ObamaCare. Nearly every member of that majority has voted numerous times to provide such relief—but did so while President Obama sat ready to issue a veto. Many have described those previous efforts as show votes, while others have characterized them as a promise to deliver if and when a President who will sign it occupies the White House. With President Trump now indicating his eagerness to sign such a bill, we are about to find out which description is accurate.

Does the U.S. Senate truly desire to provide the American people with relief from ObamaCare, or were those promises simply empty rhetoric for the campaign trail? Recent days have given reason to believe that some members of the U.S. Senate were campaigning one way, and are now governing another.

Back in December of 2015, every Senator in the majority party except for Susan Collins (ME) and Mark Kirk (IL) voted to approve a Budget Reconciliation measure that repealed ObamaCare and defunded Planned Parenthood. President Obama immediately vetoed that measure, preventing it from becoming law.

Senator Kirk is no longer in the U.S. Senate, and Senators John Kennedy (LA), Luther Strange (AL), and Todd Young (IN) – all members of the majority –  are new to the chamber since that time. The remaining 48 U.S. Senators from the majority party all voted yes (as did then-Rep. Todd Young). So the question remains, were these votes to repeal ObamaCare show votes, and were they genuine?

Leader McConnell will soon hold a vote to again send an ObamaCare repeal measure to the President – this time to a president who will sign it. And yet, several majority Senators – including Senators Capito, Heller, Moran, Murkowski, and Portman have indicated they may not even allow the debate to take place (it requires 50 votes to begin debate on a measure). Their objections vary, but most want to include a replacement along with the repeal. However, that is exactly what the Senate has been trying to accomplish since the beginning of the year, and many of the same Senators have contributed to a failure to secure the 50 votes necessary to pass such a measure.

We at the ACLJ have consistently called for an aggressive repeal of ObamaCare and a return to free market principles, in addition to the defunding of Planned Parenthood and Big Abortion. We have done so mindful of the political limitations at play, and the multi-stage process that will be required. As the Senate attempted to pass a measure that would both repeal and replace ObamaCare, we carefully analyzed each new draft, including the most recent version, which would accomplish all of the following:

As we have told you from the beginning, no Budget Reconciliation measure that repeals and replaces ObamaCare will be everything we—or anyone else—hopes to achieve in the end. Even after its enactment, significant work will need to be done. However, it was never intended—nor was it possible—to achieve all of the necessary reforms within the Budget Reconciliation process (not to mention the political realities of the U.S. Senate). That is one of the distinguishing features of our bicameral legislature—no Senator will get everything he or she wants. With that said, the independent legislative process produced a product that would be a significant stride in the proper direction. It is a legislative package that deserves support.

That makes the choice crystal clear. The U.S. Senate can choose to allow the crushing weight of ObamaCare to continue its death spiral, taking the American people and our health insurance options with it and allowing abortion giants like Planned Parenthood to take hundreds of millions of our tax dollars, or it can choose to deliver a significant and critically-needed step towards repealing and replacing that failed scheme and ensuring that our tax dollars don’t subsidize the abortion industry.

Unfortunately, a handful of majority Senators are contemplating a rejection of both repeal options. The result would be catastrophic for the American people, as the failed structure of ObamaCare would continue its destructive course and Planned Parenthood would continue to take our tax dollars as it destroys lives.

It is time for the U.S. Senate to act.