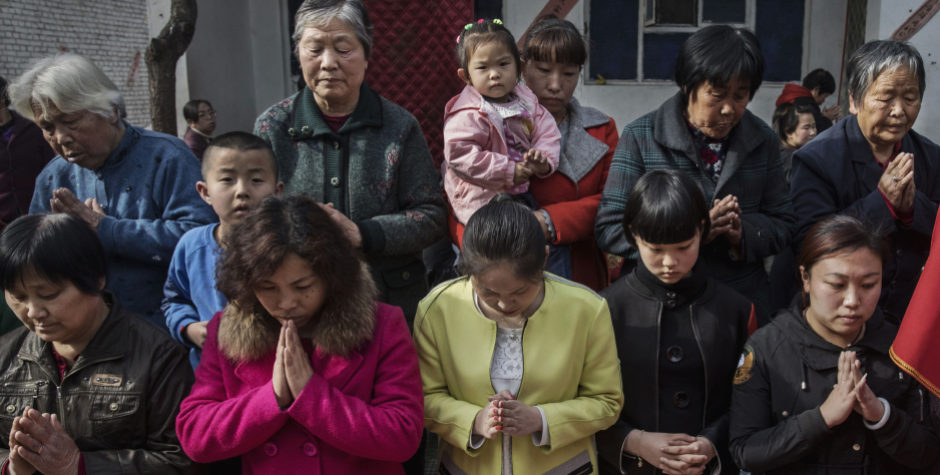 Through our European affiliate, the European Centre for Law and Justice (ECLJ), we just filed a written submission before the United Nations Human Rights Council (UNHRC) expressing concern over China’s continuous attack on religious freedom. As we stated in our report:

In January 2020, human rights group, Open Doors, released its newest report on persecution of Christians around the world. In this new list, China is ranked as the 23rd worst place in the world for Christians to live, up from its 2019 ranking of 27. This new ranking is one indicator of the increasingly harsh treatment of Christians and other religious minority groups. Furthermore, the government of the United States stated in a press release dated December 20, 2019, that it has re-designated China as a country that has “engaged in or tolerated ‘systematic, ongoing, [and] egregious violations of religious freedom.’”

In addition, we raised concerns over new regulations that were implemented in order to further stifle religious liberty as well as provide the government with more control over religious groups.

In December of 2019 Xinhua, the Chinese state-run news agency, published the Administrative Measures for Religious Groups.  These new government regulations for religious groups went into effect on 1 February 2020. Under these new regulations religious groups are prohibited from engaging in religious activities without prior approval from the government as well as are required to “support the leadership of the Communist Party of China” and “adhere to the direction of Sinicization of religions in China, embody the core values of socialism and maintain national unity, ethnic unity, religious harmony, and social stability.”

These new regulations are deeply concerning and will greatly interfere with the ability for Chinese citizens to freely practice their religions. Furthermore, these regulations will only result in greater government surveillance of religious groups and more arbitrary arrests.

We also reminded the UNHRC of Pastor John Cao – a U.S. permanent resident whose family we at the ACLJ represent – who was detained and later arrested and wrongly convicted. Pastor Cao has devoted his life to peacefully helping others in need, and it is of utmost importance that he is immediately released.

One example of government targeted persecution is the case of Pastor Cao, a Chinese citizen, Protestant Pastor, humanitarian worker, and legal permanent resident of the United State of America, who was assisting the impoverished of the Wa State in Myanmar. As a missionary, Pastor Cao has faithfully served the people of China for over two decades. Pastor Cao conducted his commendable humanitarian work openly and without incident until March of 2017 when Pastor Cao was unexpectedly targeted, arrested, convicted and sentenced to seven years in prison. Although Pastor Cao appealed, he was denied an appeal hearing on 25 July 2019 (in violation of China’s own law) and transferred to Kunming Prison.

We also directly told the UNHRC that it must work to address China’s continuous violations of the freedom of religion as well as “urge China to not only reform its laws and policies regarding religious freedom but also to refrain from enforcing the current laws, as they are severely restricting fundamental human rights.”

Action must be taken to stop the targeted spread of persecution of Christians and other religious minorities in China. On behalf of itself and more than 260,000 individuals worldwide who have signed our petition, the ECLJ respectfully requests that this Council address China’s continued violations of human rights by demanding the release of innocent religious individuals, including Pastor Cao.

The ACLJ will continue to advocate on behalf of persecuted Christians all around the world as well as continue to fight on behalf of Pastor Cao until he is freed and allowed to return home safely.