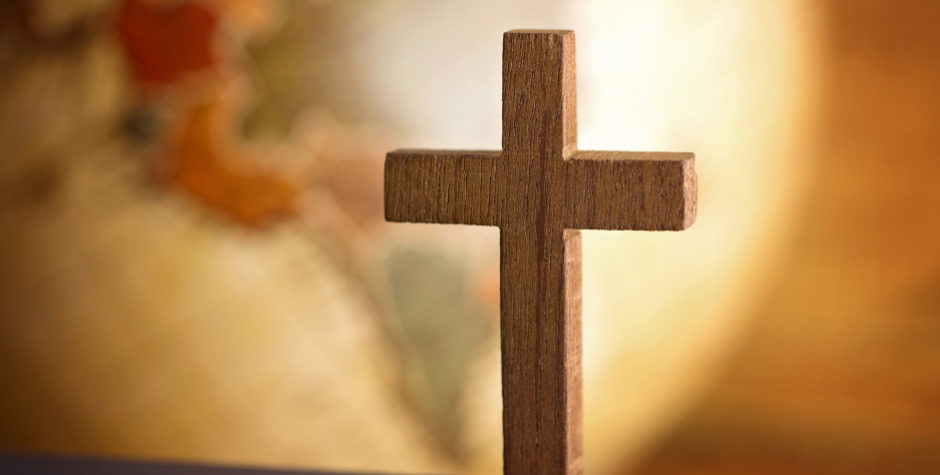 Religious liberty is one of our most precious and sacred rights as Americans, often called the First Freedom. But in recent years, it has come under fire. The ACLJ is dedicated to fighting tirelessly for the religious liberty our nation was founded on, as well as urging international intervention to defend the religious freedom of Christians all over the globe.

The Trump Administration has just taken a monumental step to protect believers around the world and defend their rights to pray and worship freely, without fear of persecution and harassment. President Trump just released an Executive Order on Advancing International Religious Freedom, detailing how the United States will make the enforcement of religious liberty an integral part of U.S. foreign policies and U.S. State Department programs.

As stated in the official release from the White House:

Religious freedom, America’s first freedom, is a moral and national security imperative.  Religious freedom for all people worldwide is a foreign policy priority of the United States, and the United States will respect and vigorously promote this freedom.  As stated in the 2017 National Security Strategy, our Founders understood religious freedom not as a creation of the state, but as a gift of God to every person and a right that is fundamental for the flourishing of our society.

This is historic. A sitting President has made a formal declaration that faith and the protection of religious liberty around the world will be an integral part of our government’s policies, foreign and domestic. President Trump promised a plan to implement religious liberty into United States foreign policy and foreign assistance programs of the State Department and United States Agency for International Development (USAID) within 180 days of the June 2nd order.

One of the cornerstones of the ACLJ from Day One of its founding has been defending religious freedom. We recently told you how we submitted formal public comments and legal analyses on behalf of the ACLJ and over 75,000 of our members in support of important religious liberty protections proposed by nine federal agencies.

Last month we explained that, pursuant to two Executive Orders, the Trump Administration issued new rules across nine federal agencies to ensure that religious organizations and faith-based businesses are equally treated under the law.

We’re directly engaged in the battle to remove requirements that had been placed solely on faith-based organizations by the Obama Administration. We’re defending the rights of churches and religious schools. We’re fighting to protect Christians from being harassed or even fired for displaying their faith in the workplace – even government employees. We’ve scored victories, and this will help us in our continued efforts here at home.

We shared a report with you that stated Christianity is “by far the most widely persecuted religion in the world.” President Trump’s action will be a welcome assist in our work defending persecuted and oppressed Christians internationally.

The ACLJ is currently fighting to protect Christians from unlawful arrest and political harassment all over the globe, as well as save them from violence and genocide by radical Islamic terrorists.

The Executive Order details that U.S. Secretary of State Mike Pompeo will directly address issues of religious persecution with leaders of foreign governments when meeting with them.

The Secretary shall direct Chiefs of Mission in countries of particular concern, countries on the Special Watch List, countries in which there are entities of particular concern, and any other countries that have engaged in or tolerated violations of religious freedom as noted in the Annual Report on International Religious Freedom required by section 102(b) of the International Religious Freedom Act of 1998 (Public Law 105-292), as amended (the “Act”), to develop comprehensive action plans to inform and support the efforts of the United States to advance international religious freedom and to encourage the host governments to make progress in eliminating violations of religious freedom.

(b)  In meetings with their counterparts in foreign governments, the heads of agencies shall, when appropriate and in coordination with the Secretary, raise concerns about international religious freedom and cases that involve individuals imprisoned because of their religion.

Countries like China continue crackdown on Christians. Chinese officials spy on church members. Citizens are encouraged – sometimes even incentivized – to spy on one another. We told you how they banned the sale of Bibles online, as they work to change the text to reflect a government-approved message.

And we’ve reported how Christian pastors and church members have been rounded up and imprisoned. The ACLJ continues to fight for Christian Pastor John Cao – a U.S. permanent resident – arrested over three years ago after decades of serving the poor in China and Burma (Myanmar) and currently imprisoned because of his faith. We have urged the United Nations to put pressure on China to release Pastor Cao and allow him to come home to America.

As a result, the United Nation’s Working Group on Arbitrary Detention issued an official opinion regarding Pastor Cao's wrongful arrest and imprisonment. The U.N. Working group stated: “It is clear to the Working Group that Mr. Cao was singled out due to his Christian faith and that the Measures were implemented against him in a manner that constituted profiling and discrimination on the basis of Mr. Cao’s religious identity.” It concluded, “[T]aking into account all of the circumstances of the case, the appropriate remedy would be to release Mr. Cao immediately and accord him an enforceable right to compensation and other reparations, in accordance with international law.”

Hopefully with the President’s new order, the next time Chinese officials and U.S. officials meet to discuss trade or some other policy, the plight of Pastor Cao will be addressed.

And in Nigeria, we just told you how the death toll for Christians is rapidly increasing, nearly doubling in just two months. Islamic radicals have ramped up their deadly campaign of violence, abduction, and murder, seemingly without fear of retribution. The Nigerian government has done little to stem the bloodshed or even address it. Now they will find they have little choice, if they wish to do any sort of business with the United States.

And we hope that includes making a demonstrable effort to free kidnapped Christian teen Leah Sharibu, who was violently abducted from her village over two years ago. The Nigerian terrorist militia Boko Haram refuses to release her because she will not renounce her faith in Jesus Christ. We have gone directly the United Nations to demand her freedom. Now we will have the full weight of the United States government behind us.

The same goes for countries like Pakistan, India, Iran, and many others, where innocent Christians are continually persecuted, arrested, and even killed because of their beliefs. Nations that allow Christians to be attacked or killed have now been given notice. If their governments wish to work with the United States, this cannot stand.

We applaud this move by the President. It’s time for all the nations around the world to protect ALL their citizens’ rights to worship freely and safely.

Violence Against Christians Escalating Beyond Control in Nigeria

The death toll for Christians in Nigeria is beyond grim – IT’S APOCALYPTIC. We must take action now or they will all be killed. Remember just two months ago when we reported that the number of innocent Christians murdered by Islamic radicals in Nigeria had almost doubled from 350 to roughly 620 in...

A Christian Church and Turkey’s Denial of Heritage and History

Turkey’s highest court last Friday annulled a 1934 decree that designated the historic Hagia Sophia as a museum, providing a way for the former Christian church building and historical landmark to be used once again as a mosque. Right after the ruling, Turkey’s President Recep Tayyip Erdoğan, who...

The World Speaks Out as Turkey Begins Conversion of Hagia Sophia

As Turkey has already begun to re-appropriate a historic Christian church into a mosque, multiple world and religious leaders – including Islamic groups – are raising their voices, decrying the conversion of the holy site. We recently told you how Turkey’s President Recep Erdoğan had announced that...