This Easter, Remember Those Christians Suffering for Living the Commands of Our Risen Savior | American Center for Law and Justice
Search  |  Logout  |  Login  |  Register 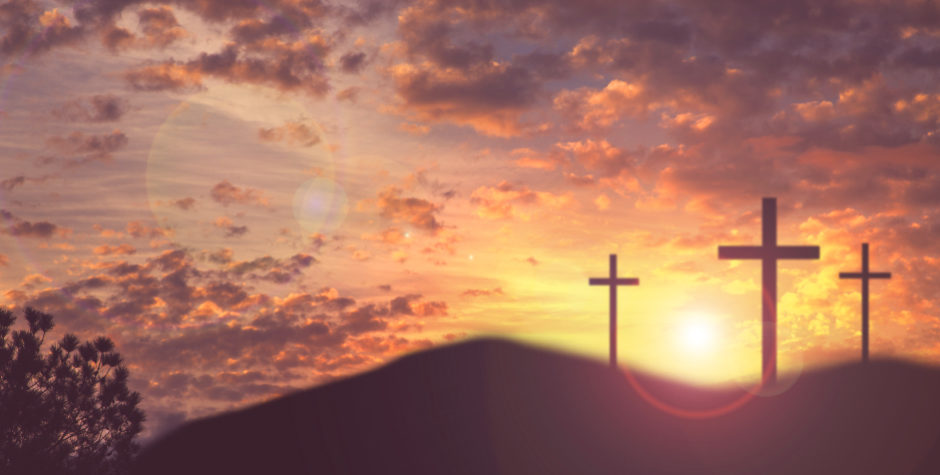 This Easter, Remember Those Christians Suffering for Living the Commands of Our Risen Savior

This Easter, Remember Those Suffering for Our Risen Savior

For so many of us, this is a holy week, as we remember Good Friday, when Jesus Christ was crucified as the sacrifice for our sins. We remember Passover when God rescued the Jewish people from bondage. And on Sunday, we gather with our family and friends to celebrate the day our Savior – the ultimate Passover lamb – defeated the bondage of death and sin and was resurrected.

Jesus was arrested and crucified for who He is, because the authorities of the day feared He was a threat to their power over the people. Luke 23 tells us:

2 And they began to accuse him, saying, “We have found this man subverting our nation. He opposes payment of taxes to Caesar and claims to be Messiah, a king."

3 So Pilate asked Jesus, “Are you the king of the Jews?”
“You have said so,” Jesus replied.

4 Then Pilate announced to the chief priests and the crowd, “I find no basis for a charge against this man.” 5 But they insisted, “He stirs up the people all over Judea by his teaching. He started in Galilee and has come all the way here.”

Today, more than 2,000 years later, Christians are still being arrested on baseless charges, abused, persecuted, and even killed for their faith.

As we celebrate Easter this weekend, we must remember those unjustly persecuted Christians all across the word, as we at the ACLJ are working tirelessly to save them.

Pastor John Cao – a U.S. permanent resident from North Carolina – has spent the last two years in a prison cell in China after a life devoted to serving the poor of China and Burma (Myanmar). Now he has been sentenced to 7 years in prison simply for living out his Christian faith.

Pastor Cao’s health is suffering as he spends his days in a crowded cell with nearly a dozen other inmates and a concrete slab for a bed. He has been denied contact with his family. And his appeal hearing was recently delayed for the fifth time.

But what he does have is his steadfast faith. He has chosen to spend his time behind bars serving others, teaching younger prisoners to read and write.

In a recent letter Pastor Cao said: “Tell everyone, I am very grateful to everyone for their dedication. Please continue praying for me. The prayer of a righteous man is powerful and effective.”

In Nigeria, the death toll continues to rise as Christians have been gunned down for their faith. Many face violence persecution and abduction. Christian teen Leah Sharibu remains a prisoner of the Islamic militia Boko Haram, over a year after it kidnapped 110 schoolgirls. Leah remains a hostage because she refused to renounce her faith in Jesus Christ.

This courageous young woman has refused to deny her Savior, even though it might save her life.

Years ago, Christian Pastor Youcef Nadakhani was sentenced to death in Iran for converting to Christianity. The ACLJ intervened through an international legal advocacy campaign, and he won his freedom and his life. Now things have again taken a dire turn after Iranian authorities raided his home, brutally beat him in front of his family, and exiled him to a notorious prison for preaching the Gospel.

As that Gospel tells us, after He was resurrected, Jesus appeared to his disciples and commanded that they go out into the world and tell His story, and act as his representatives:

16 Then the eleven disciples went to Galilee, to the mountain where Jesus had told them to go. 17 When they saw him, they worshiped him; but some doubted. 18 Then Jesus came to them and said, “All authority in heaven and on earth has been given to me.

19 Therefore go and make disciples of all nations, baptizing them in the name of the Father and of the Son and of the Holy Spirit, 20 and teaching them to obey everything I have commanded you. And surely I am with you always, to the very end of the age.”

The ACLJ will continue to fight for Christians all over the world who are being persecuted and punished for living the gospel of Jesus Christ.

This weekend, as you gather with loved ones to celebrate our risen Savior, please pray for these and every one of our endangered Christian brothers and sisters across the globe.

Our Savior has commissioned us to share his love and defend his church. We will continue to fight to save Christians that are suffering for their faith.

He is risen. From my family to yours, Happy Easter.