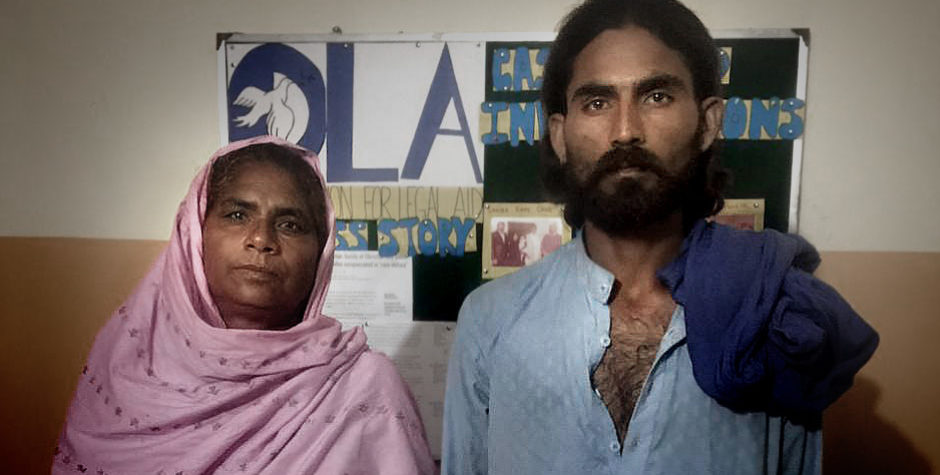 Victory: Christian Bonded Laborer Saved From Years of Harsh Imprisonment After Being Falsely Accused of Theft in Pakistan

Our European Centre for Law and Justice (ECLJ) affiliate in Pakistan, the Organization for Legal Aid, has secured another victory. This time, a Christian bonded laborer was falsely accused by his Muslim employer of stealing money. The Christian man’s real “crime” was asking to be paid according to the labor laws of Pakistan.

Ghafar Masih, the Christian man who was falsely accused of theft by his employer, Shahid Sharif, had been working at Shahid’s brick kiln as a bonded laborer for about five months in Sheikhupura (about 55 kilometers northwest of Lahore).

Brick kiln owners loan a lump sum of money in advance to their workers and, in return, the workers work for years as bonded laborers, paying off the initial loan. The workers then hop from employer to employer under the same arrangement, taking a loan from the next employer to pay off the previous one. The employers then deduct the loan amount from the employee’s salary, but because of corruption and greed the loan amount never gets paid off in full. The same thing had happened in this case.

Shahid loaned about one hundred twenty-six thousand rupees (roughly $830) to Ghafar. Shahid was deducting the loan amount from Ghafar’s salary every month, but, at the same time, Shahid was not paying Ghafar the minimum wage. About two months ago, Ghafar filed a complaint against Shahid for not paying him the minimum wage. In retaliation, Shahid accused Ghafar of stealing about four hundred and seventy thousand rupees (roughly $3000).

On May 14, 2019, the local police arrested Ghafar and obtained court permission to hold him in custody and investigate him for fourteen days. Normally such investigations involve torturing the detainee to obtain a confession. We had reported earlier, in a similar case, the police killed a Christian man while torturing him in front of his son (who was also in custody).

On May 21, 2019, Ghafar’s mother and older brother contacted the OLA. Our team met with Ghafar and the investigation officer at the police station where Ghafar was being held. Our attorneys on the ground in Pakistan discussed with the officer that the events clearly show that Shahid had accused Ghafar in retaliation and that they were ready to fight for Ghafar.

The investigating officer called Shahid to the police station to meet and discuss the situation with our attorneys. On May 22, 2019, our attorneys met and discussed the case with Shahid and the investigating officer. Shahid agreed to withdraw the false theft case if Ghafar agreed to pay off the loan. Ghafar was released after both parties appeared before a magistrate and gave statements to that effect.

After being released from the police station, Ghafar thanked the OLA that our team’s timely intervention not only saved him from years of imprisonment under false charges, but also from severe torture he would have undergone at the hands of the Pakistani police.