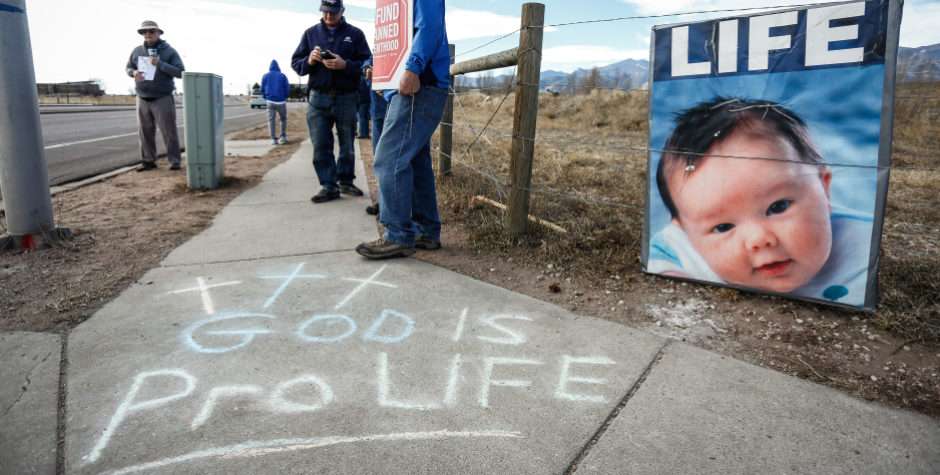 The ACLJ has just asked the Supreme Court to end the “abortion distortion” of the First Amendment.

As we explained here, in upholding a ban on “demonstrating” and “picketing” in public places long understood to be important venues for speech activity, the Third Circuit Court of Appeals limited the ability of pro-life advocates in Pittsburgh to engage in their right to free speech.

Yesterday, on behalf of more than 108,000 ACLJ members, we filed a “friend of the court” brief in support of the pro-life speakers who have asked the Supreme Court to intervene and reverse the decision of the Third Circuit.

Our brief argues that if the government can achieve its purported goals by regulating conduct, instead of restricting speech activity that advocates a position, then that is the constitutionally appropriate path to take. As the Supreme Court stated nearly fifty years ago, while governments are free to prevent people from blocking sidewalks, obstructing traffic, and committing assaults, they must do so “through the enactment and enforcement of ordinances directed with reasonable specificity toward the conduct to be prohibited.”

Pittsburgh didn’t do that.

Instead of adopting and enforcing regulations on what the Supreme Court has called “anti-social conduct,” the city adopted regulations aimed at curtailing protected free speech activity by banning demonstrating and picketing within buffer zones created by the city. And Pittsburgh didn’t create those zones outside all health care facilities and hospitals, but only at two abortion clinics—places of obvious political, moral, and religious controversy.

The First Amendment doesn’t allow that. As we argue in our amicus brief:

[T]he government can further the interests of protecting patient safety outside abortion clinics by regulating conduct without having to restrict First Amendment-protected advocacy. That is precisely what narrow tailoring requires in this case. A content-based and prophylactic restriction on speech in a traditional public forum concerning moral, social and religious issues of high public interest, upheld by the court below, is a prime example of what the First Amendment prohibits.

Importantly, the true aim of Pittsburgh’s ordinance was not to ensure patient safety and freedom of movement on public sidewalks, but to suppress the speech of pro-life speakers. Indeed, the sponsor of the ordinance stated that a goal of the legislation was to protect listeners from “unwanted communication.”

While a 20-year old decision of the Supreme Court, Hill v. Colorado, affirmed an “unwilling listener’s interest in avoiding unwanted communication,” recent decisions of the Supreme Court have made it clear that regulating speech because of its impact on an audience is not a permissible basis to restrict speech. In fact, even before Hill was decided, the Supreme Court stated that the government cannot pick and choose which speech is permitted based on a listeners’ reaction to that speech.

Hill, which upheld a Colorado bubble zone law that drastically limited the free speech rights of pro-life speakers, was wrong when it was decided, and it’s wrong to this day. As we argued in another amicus brief submitted to the Court last year, Hill has destabilized First Amendment law by presuming audiences are unwilling listeners, by deeming content-based laws as content-neutral, by hobbling the ability to leaflet, and by approving prophylactic restrictions on speech.

Our amicus brief doesn’t only ask the Supreme Court to reverse the Third Circuit decision in this case, we ask the Court to overturn Hill. As the conclusion to our brief states, “Hill was wrong when it was decided,” and “it has had a profoundly negative impact on the right of persons to engage in free speech activity in places where that right has long been protected.” Moreover, we argue, overturning Hill “would not unduly upset reliance interests, as governments are more than capable of prosecuting illegal conduct, without having to restrict speech in traditional public forums.”

Hill undermined well-established First Amendment principles (as seen in the Third Circuit decision and others), and it’s high time for the Supreme Court to put an end to the “abortion distortion” that opinion created. Pro-life advocates should have the right to share their message in support of human life and against the evil of abortion at the very place where that message matters most: outside the doors of abortion clinics.

As Justice Kennedy wrote in his dissent in Hill, that “is not just the last place where [a pro-life] message can be communicated. It is likely the only place. It is the location where the Court should expend its utmost effort to vindicate free speech, not to burden or suppress it.”

Whether the Supreme Court will end abortion distortion in this case, or in another case pending before the Court, remains to be seen. We will keep you posted as the Court decides what action to take.