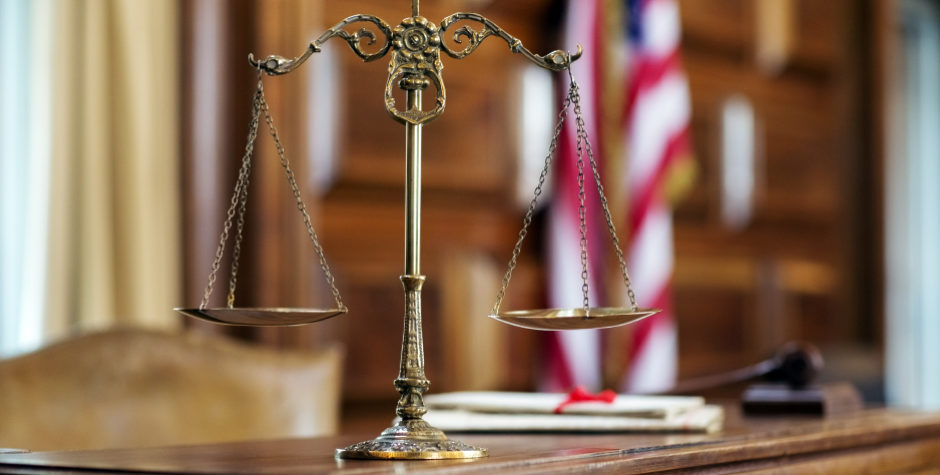 Recently, a federal court judge in the Eastern District of Virginia handed down a mixed ruling in the Falls Church Medical Center, LLC v. M. Norman Oliver, Virginia Commissioner case. In his ruling, U.S. District Judge Henry Hudson struck down two laws that protected children in the womb and women, while upholding two other pro-life laws in Virginia and dismissing the pro-abortion plaintiffs’ other claims.

We vehemently disagree with that part of the ruling. An attorney for the Commonwealth of Virginia correctly argued that “inconvenience is not an unconstitutional burden.”

In addition, while he struck down regulations concerning the design and construction for health care facilities as to abortions clinics performing first trimester abortions, Judge Hudson stated that “the evidence presented precludes the Court from finding that enforcement of the FGI Guidelines as to surgical second trimester abortions is unduly burdensome.”

We strongly agree with these parts of the ruling, and we here at the ACLJ have detailed that pro-life ultrasound laws do indeed work and will continue to fight to defend them.

Abortion is not only evil but presents many obvious dangers that can irreparably harm women. In fact, Judge Hudson noted this in his opinion, citing Casey: “[T]he Supreme Court has also recognized that ‘[a]bortion is a unique act,’ and one that is ‘fraught with consequences . . . for the woman who must live with the implications of her decision; for the persons who perform and assist in the procedure; [and] for the spouse, family, and society which must confront the knowledge that these procedures exist. . . .”

What’s often glossed over by the pro-abortion crowd is that conditions in abortion facilities are often terrible and not only destroy the baby, but severely injure women, even sometimes resulting in their deaths. Not to mention the fact that abortion procedures themselves are dangerous, not only for the babies in the womb who are killed, but for their mothers. The ACLJ has previously filed briefs in other cases detailing the hidden dangers of abortion, and has addressed the specific dangers of Virginia’s abortions clinics.

Judge Hudson’s ruling is the culmination of at least 8 years of controversy over Virginia laws designed and passed to protect Virginia women and babies. As we reported back in 2011:

The Virginia Department of Health (VDH) just adopted proposed regulations . . . “to promote and assure the safety of patients who receive first trimester abortion services.” VDH further states that the need for these regulations “has been extensively and publicly articulated over the past several years during the annual sessions of the Virginia General Assembly.” In other words, the citizens of Virginia have made it clear to the politicians of Virginia that abortion businesses can no longer operate with little to no oversight.

The regulations require any facility that provides 5 or more 1st trimester abortions a month to apply for a license from the state, which will need to be renewed each year. The regulations applicable to the license require the facility to allow on-site inspections, which will assess the facilities compliance with the regulations. Such inspections will assess the operation and management, infection prevention, patient care, medical records and reports, functional safety and maintenance as well as the design and construction of the facility.

Then, in 2014 we reported that Virginia’s democratic governor, Terry McAuliffe, was

push[ing] his extremist agenda by ordering the Virginia Board of Health to review newly enacted abortion clinic regulations—regulations that are required by Virginia law. These regulations were implemented to save lives and protect women and children from deadly abortionists. In response to the Governor’s directive, the ACLJ submitted its public comment detailing the legal ramifications of the Governor’s order and the necessity for the regulations as evidenced by the plethora of egregious health code violations by Virginia abortion clinics.

As stated above, in our public comment we highlighted the importance of the regulations for protecting Virginia women and babies in the womb:

Following the implementation of the law, the VDH reports indicated hundreds of egregious violations of the health code by Virginia abortions clinics. In fact, in 2012, not one abortion clinic in Virginia passed health inspections. This fact alone supports the necessity of these regulations for the protection of public health, safety, and welfare.  In addition to the violations documented by the VDH reports, there have been other concerns raised regarding the safety of abortion clinics, further supporting the necessity of the regulations.

The violations reported by the VDH, the most recent and egregious of which are charted below in Appendix A, include, but are not limited to, patient hospitalization due to severe bleeding that the clinic was unable to stop; reused and unsanitized vacutainers; dried blood on procedure tables, doors, and room walls; expired medication; improper cleaning of medical equipment; and other hygienic issues.  Each of these violations presents a risk to the health and well-being of Virginians.

Ironically, in their complaint, the pro-abortion plaintiffs alleged that “unannounced inspections of abortion clinics performed by VDH violate the Fourth Amendment,” and that they were being forced under threat of losing their license to allow health inspectors into their buildings. They further alleged that this amounted to an unlawful search and seizure.

However, before properly dismissing this claim, Judge Hudson noted that “[t]he record further shows that the closure of a substandard abortion facility occurred following suspension of that facility’s license due to numerous violations revealed by VDH inspections. While the nature of specific citations may differ, the record reflects that inspections have contributed to increased safety for patients at abortion facilities.”

In conjunction with the inability of any Virginia abortion clinic to pass inspections in 2012, this argument on the part of abortion clinics reveals just how anti-woman and anti-safety the abortion industry really is.

While parts of Judge Hudson’s decision are disappointing, we are grateful he at least recognized the importance of safety for women and considered the evidence that detailed the dangers women face, despite the attempt of the pro-abortion plaintiffs to shelter themselves from the truth and accountability.

The safety of women at abortion facilities is a compelling state concern, and given the poor track record of far too many abortion facilities, they are the very last ones who should be permitted to challenge state safety regulations of abortion clinics. The proverbial fox should not be allowed to guard the chicken coop.

Countless lives are destroyed by abortion, and we at the ACLJ are always persisting in the fight to protect the lives of the unborn.

On Wednesday, Oct. 3rd, the ACLJ began what could be one the biggest – and longest –  trials we’ve ever taken on, representing a pro-life client in the fight against Planned Parenthood.

As we continue the fight to save defenseless unborn babies, we need your help. Sign the petition and please share this information with friends and family.

Stand for the unborn and for true women’s health.

We will continue to follow this important case as it progresses. We are also preparing to file a brief in critical case in defense of a pro-life law out of Louisiana at the Supreme Court, a case that will have a major impact on Virginia and other state’s pro-life laws.

Earlier this week, the ACLJ filed an amicus brief with the Court of Appeals for the Second Circuit defending the Department of Health and Human Services’ new Rule “Protecting Statutory Conscience Rights in Health Care.” We had previously filed formal legal comments in support of the new rule. This...

As we have previously warned you , Speaker Pelosi and the radical pro-abortion Left are trying to shoehorn more funding for abortion and other items into the next relief bill. This bill has very little to do with the Coronavirus pandemic and much to do with the Left’s tyrannical pursuit of power as...