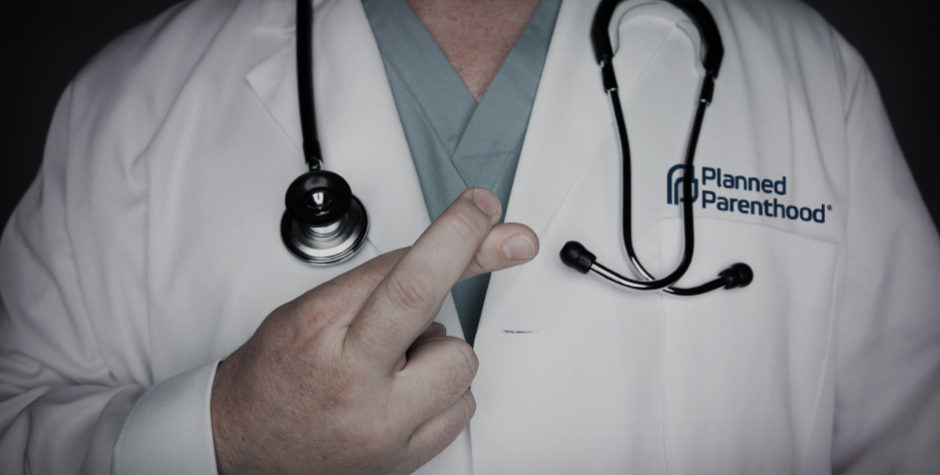 The American Center for Law and Justice (ACLJ) just filed a friend of the court brief in a civil tort case addressing the climate change debate. Why? Let me explain.

Recently a pro-life website accused Planned Parenthood’s new president, Leana Wen, of lying about the number of women who died from illegal abortions before the Supreme Court imposed abortion on the country in the 1973 ruling of Roe v. Wade. Wen claimed thousands died; the evidence from multiple sources, including Planned Parenthood itself, is that Wen’s claim is grossly exaggerated.

The battle over data is not new. The accusation that Planned Parenthood is deliberately misleading the public is not new. What is new is the prospect that Wen or other pro-abortion officials could sue pro-lifers for pointing out the false statements. That prospect arises from a ruling of the District of Columbia Court of Appeals – Washington, DC’s equivalent of a state supreme court, in a defamation case.

As mentioned above, the defamation case centers on the debate over climate change. Prof. Michael Mann, a climate scientist, published a graph that supposedly shows a sharp increase in global temperatures. (Because the graph depicts a fairly straight line which then turns abruptly up, in the shape of a hockey stick, the graph became known as the “hockey stick”.) In response, various critics charged that the hockey stick graph was the result of bad data and flawed statistical analysis. The matter became a subject of heated debate.

The Competitive Enterprise Institute (CEI) published an article accusing Prof. Mann of engaging in data manipulation. The conservative publication National Review (NR) followed with an article quoting from the CEI piece. Prof. Mann demanded a retraction and then sued CEI and NR in a DC court for defamation (i.e., for alleged false claims that damaged his reputation). CEI and NR asked the court to dismiss the lawsuit, arguing that the First Amendment protected their right to attack Mann’s hockey stick graph. The trial court refused to dismiss the case, however, and on appeal, the DC Court of Appeals agreed that the case could go forward despite defendants’ First Amendment claims. CEI and NR then filed petitions asking the U.S. Supreme Court to intervene.

The ACLJ filed an amicus brief supporting the petitions. As we explained, the lower court

embraced a standard for defamation liability under the First Amendment that would open up to litigation and legal liability a broad swath of political and social invective common today.

The DC Court of Appeals said that accusing someone of academic or scientific misconduct and questioning their honesty is enough to warrant a defamation trial.

Now, we’re no fans of false accusations. As we state in our brief,

What a wonderful world it would be if all debates were conducted with charity and respect! The accusations of all sorts of character deficiencies, deception, and misconduct so rampant in modern discourse represent a regrettable aspect of public debate . . . .

the government, through its courts, is decidedly not the proper arbiter of manners or of the virtuous conduct of arguments.

Indeed, if accusation of lying or data manipulation were enough to hale someone into court, pro-lifers would be repeatedly sued for accusing Planned Parenthood and its minions of lying and cooking the statistical books regarding abortion safety. Of course, pro-lifers could also sue, in return, those who accuse them for supposedly lying by claiming that abortions are dangerous for women. But is this what we want – every statistical debate hashed out in court, with resources spent on high-priced lawyers instead of work to help mothers and their babies? And who is likely to win such a battle of financial attrition – pro-life volunteers, or super-rich abortion businesses like Planned Parenthood?

As we tell the Supreme Court,

the decision below places into the legal crosshairs a huge set of contemporary statements about matters of public concern, including everything from immigration to abortion to a miscellany of other topics. . . . [T]he huge costs of simply defending such . . . lawsuit[s] . . . naturally will both chill public discourse and incentivize political opponents to resort to defamation lawfare to silence dissent.

Free speech is essential to getting out the truth and settling disputes over factual arguments of national public importance, like the safety of abortion. Crushing that debate under the weight of lawsuits and threatened lawsuits would be destructive. We’re hoping the Supreme Court agrees and grants review in this litigation. The petitions are NR v. Mann, U.S. No. 18-1451 and CEI v. Mann, U.S. No. 18-1477. The Supreme Court will likely either grant or deny these petitions in the Fall of 2019.

While the debate in America over the issue of abortion remains a deeply divisive one, Americans of all political stripes have consistently found strong agreement on at least this one point: American taxpayers should not be forced to pay for abortions. According to a recent poll , 77% of Americans...

ACLJ Files FOIA After Biden Admin Cites COVID-19 To Allow Abortion Pill To Be Sent Through the U.S. Mail

Next time you see your local mail carrier, ask them if they know they might be assisting in abortions. It sounds absurd and will likely throw them for a loop, but thanks to President Biden, any given envelope they’re sliding into a mailbox could contain abortion pills. We just took action to expose...

Arkansas has a law that makes it a crime to do an abortion for an invidiously discriminatory reason, namely, because the child in the womb has Down syndrome. At the request of abortion providers, lower federal courts declared the Arkansas law unconstitutional, and the state has requested the U.S.

This has been a pivotal week in the battle to defund Planned Parenthood. The Supreme Court dismissed three cases challenging the Trump Administration’s “Protect Life regulations” defunding millions from Planned Parenthood. At the same time, we filed a new formal public legal comment urging the...