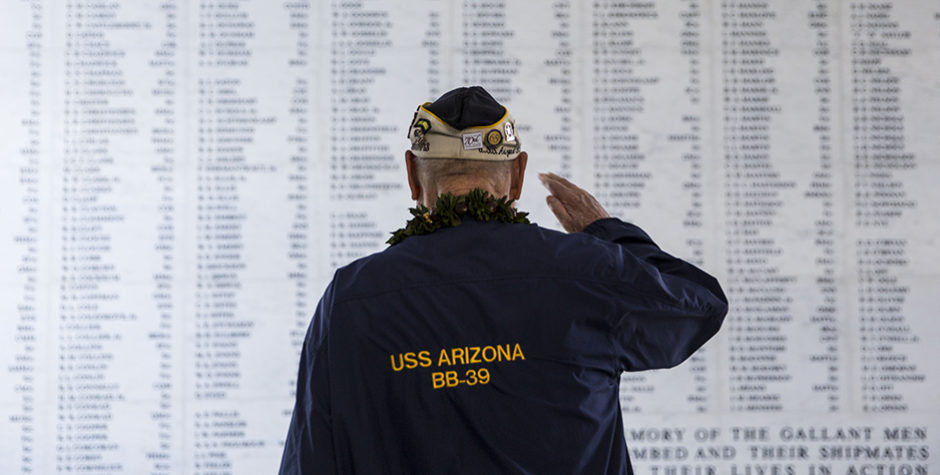 People around the world, including here in the United States, are struggling to adjust to a new normal.  Life in social-distancing mode and quarantine impact every facet of our lives:  personally, socially, financially, religiously, educationally, and on and on.

A record-shattering 10 million Americans filed for unemployment in the two-week period between March 14 and March 28, eclipsing numbers seen during the worst of the 2008 financial crisis. It’s a stunning sign of the damage inflicted by the crisis, which has forced an unprecedented shutdown of a swath of the nation’s businesses.

The military services of the United States are both responding to the pandemic and being impacted by it.

It is no wonder that U.S. Surgeon General Jerome Adams stated that the COVID-19 pandemic is going to be like a Pearl Harbor or the 9-11 terror attacks in its ramifications for the United States.  The similarities are striking as to the societal impact on America.  Unfortunately, the death toll of the virus already exceeds those of these other two climactic events by a multiple of four..  While the Centers for Disease Control (CDC) expect deaths to be less than the first predictions of between 100,000 and 240,000, the models still predict a staggering number of deaths before this crisis is over.

With a few notable exceptions, the response to this pandemic in unifying the nation—both by leaders and the general population—are also similar to how the American people reacted after the events of December 7, 1941 and September 11, 2001.  It is not a time for partisan politics or blame.  Only the most biased politicians and media outlets are attempting to criticize the Trump Administration in its response to the crisis.  Any attempts to use this crisis for political expediency or to one’s own personal advantage are viewed in the most negative light by ordinary Americans.  This is a credit to all of us and is indicative of what makes the United States the exceptional and remarkable country that it is.  It is a testament to who we are as the American people, collectively and individually.

Much like the events to which Vice Admiral Adams referred, this disease crisis has impacted virtually all of everyday life for us:  travel, business, schools, law enforcement, health care, shopping, and more.  For the first time since the flu epidemic of 1918, religious institutions like churches and synagogues are impacted directly as worship, classes and other gatherings are cancelled.  We must also be mindful that when people are hospitalized, they do not have the comfort and support of loved ones being with them.  People are critically ill, and they often die, completely isolated from their family members and the clergy. Other than medical staff, people die alone.  There are no final goodbyes.  This is unspeakably stark and sad.  Funerals are postponed until an undetermined later date.

We are all called upon to sacrifice and to adjust our routines without complaint.  We are given an unspoken, but very real, moral obligation to show compassion:  to those who are suffering with the disease and their families, to those out of work and their employers, to those on the frontline combatting this pandemic, and to local, state, and national leaders who are doing their best to respond and to care for their people.  We are moved to be compassionate and patient with one another. Those on the frontline include our medical professionals, the military, and those who serve in law enforcement and other first-responders.  There are also the often-unsung heroes of everyday life who are showing ingenuity and tirelessness in helping their neighbors, as well as complete strangers.

While this disease crisis is bad, like other horrific events in our past, like Pearl Harbor, 9-11, and others, it brings out the good and the very best in us.  It reveals that many more things unite us than divide us.  The COVID-19 plague does not recognize political parties, educational levels, race, or gender.  It makes no distinction between rich and poor. It is an equal-opportunity killer and destroyer.  We pray that as this crisis ends someday—and it will end—that we will remember what we felt and thought while it was raging.  May we remember, when all is said and done, we share a common humanity that truly unites us.