A Tale of Two Cities: One Locality Allows Church to Continue Meeting While Another Refuses to Comply with the Law as ACLJ Takes Action | American Center for Law and Justice
Search  |  Logout  |  Login  |  Register 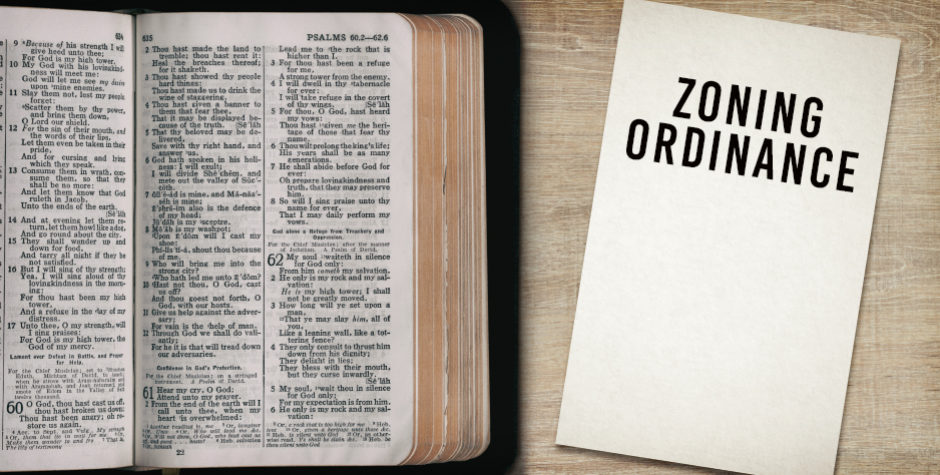 A Tale of Two Cities: One Locality Allows Church to Continue Meeting While Another Refuses to Comply with the Law as ACLJ Takes Action

The ACLJ has recently been contacted by two more churches regarding potential violations of the Religious Land Use and Institutionalized Persons Act (RLUIPA). RLUIPA is a federal law designed to protect churches, religious assemblies, and institutions from land use regulations that interfere with their religious exercise. In other words, it prevents local rules and zoning ordinances from discriminating against churches and religious institutions.

The first client is a church in New York that has been worshiping for more than three years in the Bishop’s home without any complaint and/or issues from the governing Village. Recently, the Village notified the Bishop and his congregation that it must cease worship on the property. Specifically, the Village Clerk informed our client that churches are not allowed in the current zoning district. A review of the ordinance revealed that the Village excludes religious organizations from the applicable zoning district, but permits social clubs, lodges, recreational centers, museums, and public libraries. This differential treatment of similarly situated uses is prohibited by RLUIPA.

Thus, the ACLJ contacted the Village and explained that under RLUIPA’s equal terms provision, “[n]o government shall impose or implement a land use regulation in a manner that treats a religious assembly or institution on less than equal terms with a nonreligious assembly or institution.” 42 U.S.C. § 2000cc(b)(1). Courts have made clear that a zoning provision or regulation will violate the Equal Terms provision if it treats religious assemblies or institutions less well than secular assemblies or institutions that are similarly situated as to the regulatory purpose. In this case, the Village’s ordinance excluding religious organizations from the GB District is facially invalid. The ordinance fails to provide adequate support for the unequal treatment. Simply put, there is no stated or logical reason for permitting social clubs and lodges and the like while excluding religious organizations.

We are happy to report that the Village, upon receiving the ACLJ’s legal demand letter, affirmed that it will not apply the zoning ordinance in a manner that prevents the church from continuing its weekly worship services in the Bishop’s home.

The second church we represent involving a church zoning issue is located in Citrus County, Florida. The church was recently denied a conditional use permit to operate a church in a residential neighborhood on property donated to the church by one of its congregants.

The church first applied for a conditional use permit in February 2019. In reviewing the church’s application for the permit, the County planner noted a parking concern and an insufficient buffer on one side of the property. The church proposed an alternative plan to alleviate the need for a buffer, and to resolve the parking issue. Specifically, the owner of the property where church services were being held, offered to allow church members to park at her neighboring residence which can accommodate all members (totaling approximately 10 people) that regularly attend the two services held each month. The County rejected the church’s proposal, but cited only speculative concerns, rather than compelling government interests for shutting down the church’s operations as required under RLUIPA. As the ACLJ noted in its letter to the County, the church’s use is likely less impactful than a residential use of a family of four or more. In the first instance, approximately ten (10) members attend two services per month. In the second instance, a family of four who come and go two or three times per day, conduct a home business, and/or host a family or friend gathering two times per month would easily result in more disturbance.

In this case, the County’s actions are subject to RLUIPA’s Substantial Burden provision. This provision states that:

The County’s interpretation and application of its zoning code to prohibit the church’s continued use constitutes a substantial burden, as it prevents the members of church from holding Latin Mass – a service offered exclusively by this church in Citrus County. Further, the reasons for denying the conditional use permit hardly represent a compelling interest and the least restrictive means for addressing that interest. The reasons for denial are trivial at best and are based largely on unfounded concerns and/or issues for which a resolution had already been proposed.

So far, the County has refused to heed the protections afforded the church under the law. We will keep you posted on any developments in this matter.