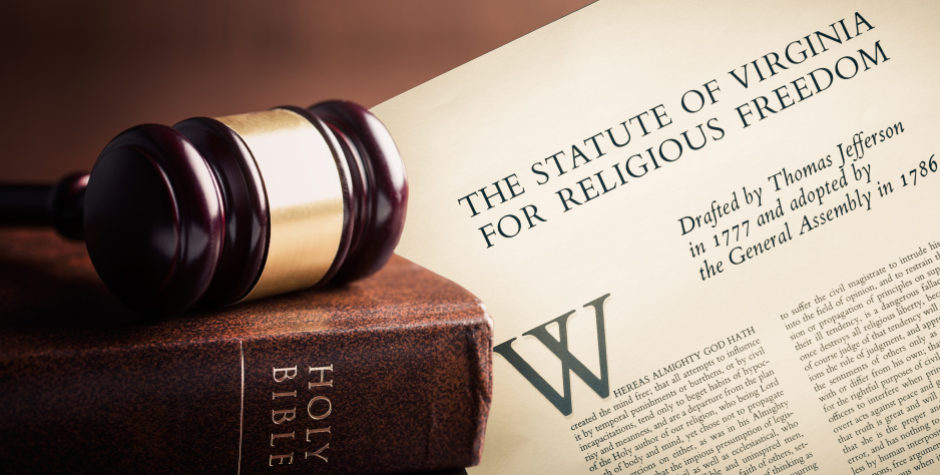 Discriminating to prevent discrimination is oxymoronic and counterproductive, but the Left seems determined to do it. Cases about Fair Housing Enforcement agencies telling realtors, appraisers, and auctioneers that they cannot put Bible verses on their cards, website, or email signatures are becoming more and more frequent.

The Left seems to think of religious speech in real estate as a twofer target.  They can assault both religion and free speech at the same time.  So they file complaints against innocent people and let real discriminators go free. Most recently the Commonwealth of Virginia has engaged in this practice.

We here at the ACLJ have just filed a lawsuit on behalf of our client, Hadassah Carter. Hadassah is a realtor who has been being harassed, targeted, and discriminated against by the Virginia Real Estate Board for including a Bible verse – John 3:16 – on her website and phrases like "Jesus Loves You" in her email signatures. Because of that the Virginia Real Estate Board, a state agency, filed a complaint against Hadassah, accusing her of violating Virginia’s fair housing statutes. To be clear, the Board did not charge her for a refusal to rent to or to represent any person. The complaint absurdly stated that because these realtors used religious speech, they could make someone feel discriminated against.

These complaints are wrong, not only morally, but legally wrong too.  They are legally wrong because our Fair Housing laws prohibit discriminatory ads.  So, for example, you cannot say “House for rent to women only” or “One bedroom apartment for men only” but you can say “House for Rent. Perfect for Large Family.” or “One bedroom apartment. Perfect for Singles.”  It’s obvious which of these examples shows discriminatory intent.

But, how does saying, “I’m a Christian realtor” indicate discrimination? It doesn’t.  Continuing its denial of reality, the Left argues that it does.  This is like arguing that “up” is “down” and “down” is “up,” a ridiculous argument but now being used in a terrible way.  Hadassah stood to lose her job because a government agency didn’t want to follow the law.

In fact, she was actually taking action to try to defend one of her clients from discrimination in an actual fair housing dispute when the government first targeted her. The agency saw Hadassah’s email signature and decided to take action against her instead. It’s shocking.

While the Virginia Real Estate Board has dropped its initial complaint against Hadassah, at the same time it forced her then employer to enter into an agreement to monitor her and report back on her religious expression. The agreement actually required her employer to “agree as part of the enforcement of this policy they shall review a random sample of the professional websites, email signatures, and real estate advertisements of agents through December 31, 2023. This sampling shall always include agent Hadassah Carter if her license Is under the Principal Broker for [the company].” That is targeted.

The Supreme Court has made it clear that this is blatantly unconstitutional. In Sorrell v. IMS Health Inc., 564 U.S. 552, 565 (2011), the high Court specifically held that laws about commercial speech (ads for houses or realtors are commercial speech) cannot discriminate on the basis of viewpoint.  This is exactly what the Real Estate Regulatory Boards are doing, when they prohibit realtors from talking about God.  In our lawsuit on Hadassah’s behalf, we’re seeking to get a declaration that Hadassah was justly exercising her First Amendment rights and the Board’s actions were unconstitutional. We’re also seeking a permanent injunction against the Virginia Board of Realtors to prevent them from doing to anyone else what they did to Hadassah.

No one should have to justify their free speech or their religion to a regulatory body.  To threaten someone’s job because they express their faith makes free speech unfree, and so we must fight these assaults on religious liberty aggressively whenever they arise. We’ve taken on these targeted cases of government discrimination before – when the IRS targeted conservatives and pro-lifers, even over the contents of their prayers – and won. And we can do it again.

We will keep you informed as our ongoing case in defense of Hadassah goes to court.