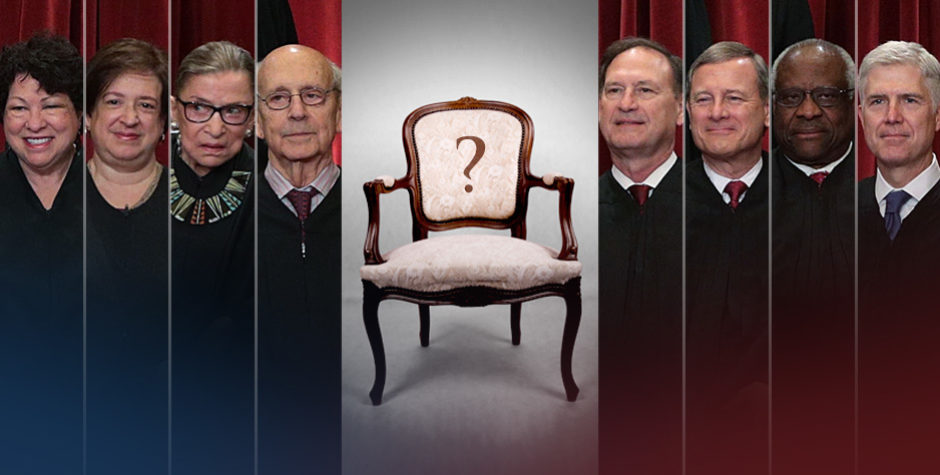 Appoint a Constitutional Conservative to the Supreme Court

Appoint a Constitutional Conservative to the Supreme Court

He must be replaced with a staunch conservative.

The next Supreme Court Justice will likely be the determinative vote on the most monumental issues of our time: abortion, religious liberty, national security, and free speech.

Like Justice Neil Gorsuch, President Trump has the opportunity to nominate a conservative Justice who will uphold the rule of law and the Constitution. The President has promised to appoint a Justice from his conservative short list.

The next Justice could remake the Supreme Court for decades to come.

The Left knows this and has already begun a scorched-earth campaign to defeat the nominee. They don’t want a proven conservative on the Court. They will stop at nothing.

We’re mobilizing on Capitol Hill, calling for the Senate to quickly confirm a conservative nominee.

This will be the fight of a lifetime. Have your voice heard. Demand the appointment and confirmation of a constitutional conservative Justice to the Supreme Court.

Take action with us today.

Please encourage your friends to sign and donate by sharing this petition.
Latest in
Supreme Court