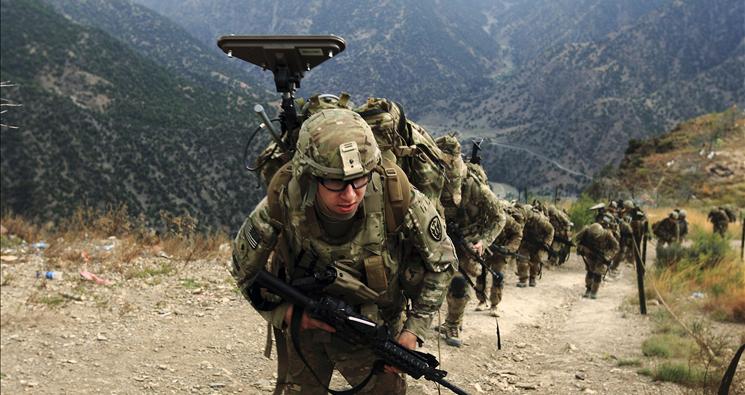 Obama Lawsuit Could have Disastrous Effects on Military Voting Rights

Why are 15, non-partisan, veterans groups opposing President Obama’s lawsuit against an Ohio law that allows military personnel three extra days to vote before Election Day? The President’s campaign claims he is merely trying to extend voting rights. The reason these military groups - representing hundreds of thousands of veterans - oppose the President is because his claim is just plain false.

Despite what the Obama re-election campaign says in press releases about wanting everyone to have the chance to vote, what they are stating in court – where it counts – could have disastrous consequences for the voting rights of the men and women of our Armed Forces.

It is important to lay out the facts. There are two statutes regarding early voting, both of which were amended recently by the Ohio legislature. The first statute sets the deadline for early voting as the Friday before Election Day, giving most voters 32 days within which to vote early, in-person. The second statute extends in-person absentee voting through Election Day for military personnel, an additional three days of in-person voting.

President Obama’s re-election campaign argues in federal court that giving military personnel these three extra days to cast their in-person absentee ballot is “entirely arbitrary” and has “no legitimate justification" in the law because doing so “treats similarly situated Ohio voters differently.”

If a federal court were to buy into the Obama campaign’s basic argument, that military voters do not deserve any special treatment in voting laws, then it could have disastrous effects on military voting rights, not just in Ohio but everywhere in the country.

If successful, Obama’s legal argument against special voting privileges for members of the military could eviscerate longstanding precedent for military voting rights. And it is why 15 military and veterans organizations have intervened in court seeking to uphold this law. As their brief notes, “The Obama campaign’s and Democratic National Committee’s argument that it is arbitrary and unconstitutional to afford special consideration, flexibility, and accommodations to military voters to make it easier for them to vote in person is not only offensive, but flatly wrong as a matter of law.”

These military groups are exactly right. The Supreme Court has long held that the military is unique, “a specialized community governed by a separate discipline from that of the civilian,” in part because “‘it is the primary business of armies and navies to fight or be ready to fight wars should that occasion arise.’”

For years, federal law has recognized the unique challenges of the military and enacted legislation giving the men and women of our armed services special rules and privileges to ensure that they have every opportunity to cast their ballot. Ohio has simply applied these same constitutional principles to early in-person absentee voting to give military members three extra days to vote before Election Day.

As one federal court put it, “How and where [members of the military] conduct their lives is dictated by the government. The vote is their last vestige of expression and should be provided no matter what their location.”

Not only is the Obama re-election campaign legally wrong, they are factually wrong as well. Obama’s team actually argues in its brief that the recent changes made by the duly elected legislature of Ohio “create two classes of Ohio voters.” First of all, that’s just not true.

Even in 2008, “Ohio law provide[d] separate application processes for different classifications of absentee voters,” i.e. one for a military absentee voter and one for “a ‘regular’ absentee voter.” Of course, no one, including the Obama campaign, had an issue in 2008 with treating military and “regular” voters differently. The only change Ohio enacted was to the deadline for in-person voting. The assertion that Ohio created a new class of voters is just plain false.

Finally, while the Obama re-election campaign is claiming to the media that he wants to extend voting to everyone for the three-day period preceding the election, this lawsuit is unlikely to accomplish that. If the court were to accept his legal argument that military voters deserve no special treatment under the law, the court would be faced with two options: rewrite the statute that cuts off early absentee voting at the Friday before Election Day or strike down the statute that providers three extra days for military personnel.

If the court believes Obama’s argument that military personnel deserve no special treatment, the court is far more likely to strike down the statute granting that right than it is to rewrite an entirely separate statute. Courts do not write statutes; the legislature does.

It is critical that we not allow President Obama’s statements to the media to cloud what exactly he is arguing in court (remember he promised the American people that ObamaCare wasn’t a tax and then had his lawyers argue that it was a tax to the Supreme Court). What Obama’s lawyers are arguing in court is far more important than the spin that his campaign is trying to place on it to the public, and if it goes uncheck, it could severely limit the voting rights of our brave men and women in uniform.

Join the ACLJ in fighting to defend military voting rights by signing on to our amicus brief.