One Person, One Vote, No Exceptions | American Center for Law and Justice
Search  |  Logout  |  Login  |  Register 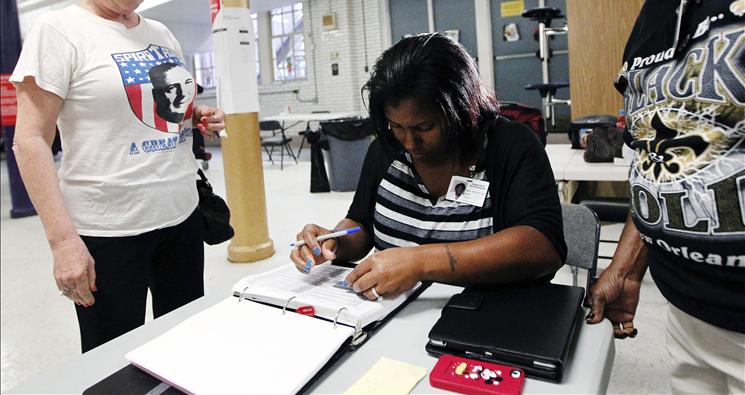 One Person, One Vote, No Exceptions

One Person, One Vote, No Exceptions

We would all like to believe that free and fair elections are a goal that those from all political stripes support.  It seems to only make sense that all sides would want rules and procedures that prohibit those who are not qualified to vote from doing so.  When a non-citizen votes, a citizen is disenfranchised.  When a person fraudulently casts multiple votes, valid votes are cancelled out.  When a vote is cast on behalf of someone who is not registered or no longer living, it happens at the expense of an American who actually participated in the democratic process.

So everyone is in favor of making sure that votes are only cast by those legally permitted to do so, correct?  Not so fast.

It seems that every time an effort emerges to ensure the integrity of the vote, it is met with resounding choruses of alleged bias, racism and voter suppression.  This seems to be the automatic response, regardless of whether the effort occurs at the federal or state level, and certainly when a private group tries to do something about it.

On a federal level, former Congressman Henry Hyde (IL) was a tireless advocate for legislation to ensure that federal elections are protected from fraud by implementing a requirement that a photo ID be presented by the voter.  That effort is now being led by Congressman Joe Walsh (IL) through H.R. 6408, the Federal Election Integrity Act.  One of the major concerns voiced by opponents of voter photo ID laws is that the cost will be prohibitive for some voters.  H.R. 6408 makes available funds from the Help America Vote Act to pay for IDs for those who cannot afford one.

On a State level, the Department of Justice has continued to block State laws requiring photo identification from voters.  Inevitably, opponents of these laws claim the laws are intended to suppress the votes of racial minorities.  Of course, this assertion ignores the fact that the legality of a vote has nothing to do with the voter’s race.  Furthermore, according to the Pew Research Center, 71% of registered latino voters support voter photo ID laws.

In reality, the only segment of the American public that does not support voter photo ID laws are those not legally eligible to vote.

That is why it comes as such a disappointment that the Ranking Member of the House Oversight and Government Reform Committee, Congressman Elijah Cummings, has used his post not to help purge the voter rolls of those not eligible to vote, but rather to investigate a group who is working to eliminate voter fraud.  In his letter, Congressman Cummings uses the political views of the group’s leadership as evidence to support his investigation.  There’s only one problem – the legality of a vote is not determined by the political views of any group challenging it.  When a group led by someone of a more liberal persuasion uncovers fraud, that fraud should of course be addressed and eliminated, as well.

There are many ways to combat voter fraud, and States are increasingly determining that requiring a photo ID is one of the most effective ways to ensure the integrity of the vote.  The Department of Justice and the U.S. Congress should be very wary of opposing those State actions.  And every American – Republican and Democrat – should support efforts to preserve the weight of their vote.