The Searing Assault on Freedom of Speech Escalates: Time to Fight Back | American Center for Law and Justice
Search  |  Logout  |  Login  |  Register 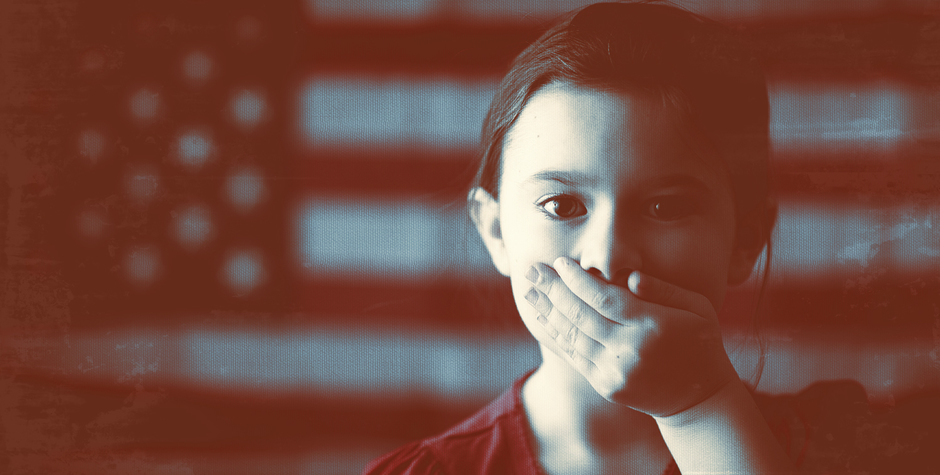 The Searing Assault on Freedom of Speech Escalates: Time to Fight Back

The Assault on Freedom of Speech Escalates

As a raft of leftist news media outlets, commentators and administrators renounce their support for the First Amendment in order to censor free speech, the escalating war on freedom of speech and the Constitution threatens everyone.

Craven assaults on the Constitution and our civil liberties by media and university elites, as well as government bureaucrats, cannot go unanswered.

As the flaring mobs from May Day demonstration recede from the streets and universities throughout the United States, it is manifest that the war on free speech has heated up. From the near-riots in February at the University of California at Berkeley to Charles Murray’s speech at Notre Dame in March, universities are quickly becoming centers of intolerance. Meanwhile, left-wing elites continue to demand more and more taxpayer funds while seeking to impose their own corrupt vision of tolerance on the rest of us.

While students at Emory University declared that they were in pain because someone used chalk to scrawl “Build the Wall,” a move which provoked their self-righteous anti-Trump hostility, Harvey Silverglate argues that the culture of censorship has become legendary as students and professors seek protection from the terrifying prospect of free speech. Evidently, free speech is simply any speech that intolerant left-wing mobs disagree with. Rather than truth, they seek confirmation of their own prejudices and biases.

To be fair, much of the opposition to conservatives is grounded in disdain, smugness and paranoia mixed with condescension. For instance, left-wing liberal, Samantha Bee attacks conservatives and denies there is a problem with smug liberals. She recently attacked a young man with brain cancer claiming he had a Nazi-style haircut, when in reality his haircut was to cope with chemotherapy. Meanwhile, Samantha Bee ignores her own husband’s opposition to imposed diversity and school integration in NYC. When Bret Stephens, a neo-conservative, challenged climate change alarmism, calling global warming a mass neurosis and a sick-souled religion, he was labeled a denier of science even though the so-called science of climate change remains unclear. Indeed, the left is prepared to go further labeling Stephens’ analysis immoral insidious, and unprofessional.

These assaults on freedom of speech and freedom of the press, signify that the left-wing elites, whether on or off campus, are largely committed to bigotry born of moral superiority. Elites claim total certainty grounded in their biases, preferences and ideology, even when the science is mixed and even through science properly understood invites skepticism. They are prepared to label any idea they do not agree with as dangerous, unsound and reactionary. Even more alarming, elites believe the United States Constitution is an impediment to the alleged progress they demand. In reality, they seek freedom from the marketplace of ideas preferring the certainty of a morally and intellectually closed mind.

Enough is enough. We’re aggressively fighting back in court, on Capitol Hill and elsewhere to defend free speech. We’re waging the war of ideas in the media – coming directly to millions of you daily through radio, TV, and the Internet – to confront fake news and protect the integrity of free speech.

Given the efforts of far-left protesters to prevent the appearance of conservative speakers on campus and the effort by the media to silence conservatives, we will continue to support state and federal legislative efforts to defend free speech. Consistent with this idea, a number of states have introduced campus free speech bills. State legislators inWisconsin and North Carolina have introduced bills designed to restore the first amendment to state campuses. Unsurprising, the Charlotte Observer, a mainstream newspaper, opposes the bill to protect campus free speech on grounds that speakers that have been targeted by campus thugs do not need additional statutory protection.

Provoked by this ongoing assault on the First Amendment, the ACLJ is prepared to litigate and support statutory free speech protections as part of our efforts to challenge the status quo. These weapons are sorely needed as conservatives and Christians are targeted by both media and left-wingers on campus.

We can win, but we need you. Your voice is the only thing standing between free speech and constitutional collapse.

Take action with us: